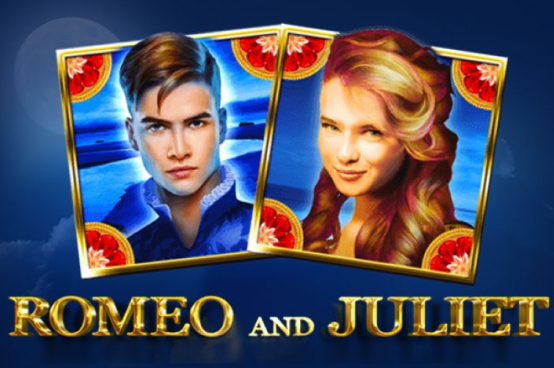 It’s party time with one of Pragmatic Play’s latest titles called Dwarven Gold Deluxe which follows the adventures of four drunken elves who drink their way through to the treasure in a magical miniature world. What we have before us is a beautifully designed 5-reel and 25-payline video slot which benefits from dynamic wilds being added on three middle reels during the one and only bonus feature in this game – free spins feature. There is a chance to stack the wilds 14-symbol high and win a fixed jackpot worth 1,000 coins, which makes it more than enough of a reason to go out and try this joyous slot title.

PLAY ROMEO AND JULIETFOR FREE (NO DOWNLOAD & NO DEPOSIT NEEDED!)

Play Romeo and Juliet Slot game for free, right here on our website (No Download Necessary & No Deposit Needed). Increase or decrease your bet and change the number of lines. When you’re ready, hit the “Spin Button”. Enjoy!

Romeo and Juliet is a classy-looking slot presented with clean graphics and neat visual appearance overall. The reel grid of this 5×3 video slot is set against a cloudy, moonlit sky that adds to the romantic feeling around the entire slot.

The symbols in Romeo and Juliet include low-valued classic playing card symbols starting from 10 and up to A. you will also find a white rose, a dagger, a bottle of poison and a couple of members of both families – the Capulet and Montague. One of these two symbols, representing a woman in green robe – is a single highest paying symbol worth 1,000 coins for five in a row.

You will be rewarded for less than five matching symbols on a payline as the game will pay for as low as three of a kind. It is important to note that all symbols pay from leftmost to right.

Romeo and Juliet slot game also features the two lovers. Acting as Wilds they appear on the first and the last reel and move towards each other. Romeo moves from reel 1 to the right, whereas Juliet heads her way left from the left reel. Their movements trigger a free re-spin and you will be hoping the two lovers will meet in a same cell as that is when they will merge to become a fully vertically expanded wild which covers an entire reel and significantly improves your chances of landing a big payout.

Not only will you receive a gigantic wild over an entire reel, but you will also be given 25 free spins. The best thing about the whole deal here is that this expanded Wild will remain sticky throughout the free spins feature. Naturally, Romeo and Juliet will not move during the free spins feature, since there is a big chunk of a wild symbol standing in their way.

We will all agree that this kind of a gameplay makes for a rather generous allocation in a game that can be played at coin value starting from R0.1 up to R5. Being such an affordable title, Romeo and Juliet slot does plenty of justice to a romantic theme inside it.

Shakespeare’s tragedy is a literary classic whose universal appeal transcends space and time. Pragmatic Play have taken all of the recognisable elements of the drama and turned it into an action-packed slot game which has a happy ending unlike the original piece. It offers plenty of entertainment with good design and several innovative feature that make this slot truly dynamic. Re-spins and moving symbols are not what you get to see every day, while the expanding and sticky wild during no less than 25 free spins is much more than what you can ask for. Our rating: 89/100