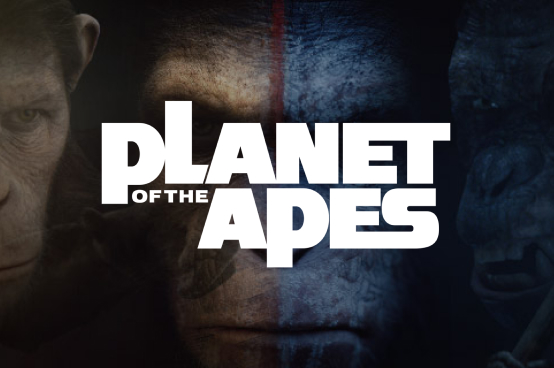 Planet of the Apes is the branded online video slot developed by NetEnt in cooperation with 20th Century Fox. The story behind the slot is based on two movies, Rise of the Planet of the Apes and Dawn of the Planet of the Apes, and delivered across two reel sets which represent the two phases of the Ape Army leader’s life. Meet Caesar, the mighty leader of the Ape Army while playing the game at the Rise and Dawn play areas, each offering 5 reels and 20 fixed paylines. The game boasts impressive visuals and sounds and provides players with a great winning potential thanks to a variety of bonus features including two free spins rounds, cloning Stacked Wilds, identical symbols added to the reels, up to 5x multipliers and cash prizes. The maximum win you can score in a single spin stands at 600,000 coins.

PLAY PLANET OT THE APES SLOT FOR FREE (NO DOWNLOAD & NO DEPOSIT NEEDED!)

Play Planet of the Apes Slot game for free, right here on our website (No Download Necessary & No Deposit Needed). Increase or decrease your bet and change the number of lines. When you’re ready, hit the “Spin Button”. Enjoy!

Apart from the fact that it uses two reel sets with 5 reels and 20 paylines each, Planet of the Apes does not differ from other NetEnt titles when it comes to the gameplay. Before you set the reels in motion, you should adjust the bet to your preferences by choosing up to 10 coins per line. With the coin value varying between R0.10 and R10, your total wager can be anywhere between R2 and R2,000. Each real set features the characters and apes from the movie it is based on combined with low paying poker symbols from 10s through As. To win a prize land at least three identical symbols in a row on a payline starting from the leftmost position on any on the reels.

The symbol depicted as the window of the attic where young Caesar is trained and tested stands for Wild which will replace all regular symbols. The golden one lands on the Rise reel set while the red one occurs in the Dawn play area. Whenever a stack of Wilds covers one of the reels in the Rise play area, the Stacked Wild feature is triggered and Wilds are cloned to the corresponding reel in the Dawn play field. The game benefits from two other special symbols appearing on each of the reel sets, Bonus and Scatter. The former will appear on the first or the last reel to trigger the Rise or Dawn Bonus feature which awards cash prize for every human and ape symbol or transforms human and ape symbols into the symbols of a kind respectively. The Dual feature is randomly triggered and when this happens, one symbol will be chosen from each reel set. During the feature, only the selected symbol will appear on the reels while the rest of the positions will spin as long as the symbols of a kind land. The new symbols will stick to the reels and make the winning combination bigger.

Players can also benefit from two free spins feature, Rise and Dawn Free Spins. When the Rise Free Spins feature is triggered, you get 10 free games will all Wilds stored in the Wild meter. They will be randomly added to the reels on the last spin. The Dawn Free Spins feature awards 15 free games during which you have to collect 3 different symbols which will fill the Multiplier, Extra Wild and Extra Free Spins meter. In addition, you can benefit from the Multiple Free Spins which is triggered when 3 or more scatters occur on both reels sets. This feature combines extras from both free spins features which can lead to hefty payouts.

Don’t let the Apes or the rules scare you, as the NetEnt 2017 release will provide you with a highly exciting and rewarding gaming experience. Thanks to its dual reels, you will have a double chance of winning while playing at a cost of a single spin. Planet of the Apes is available on desktop and mobile devices, so give it a try wherever you are and enjoy its lucrative bonus features which can enhance your winning chances and result in a large increase of your balance. Our rating: 92/100