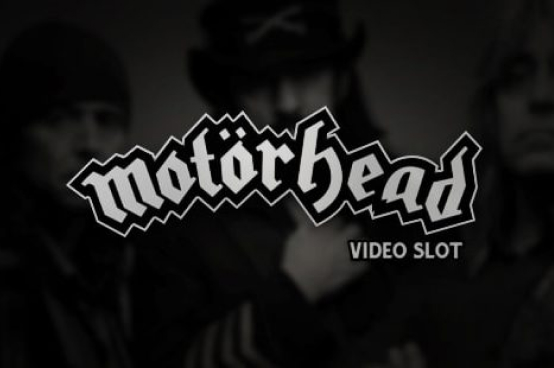 Created to act as a cherry on top of the NetEnt celebratory cake, Motorhead truly is the wildest of all three slot titles from the company’s 20th-anniversary’s Rock series. There is hardly a name in the music industry that epitomises the rock n’ roll scene better than Motorhead. As a fitting tribute to legendary Ian Fraser Kilmister, better known as Lemmy, and his band’s legacy, the 5-reel, and 76-payline Motorhead slot truly are a one of a kind game. Featuring a 3-3-4-4-5 reel grid, Motorhead is packed with three bonus features and almost endless winning possibilities. The looks and the sound on this game are the two things that help the incredibly engaging feature pop up even more.

PLAY MOTORHEAD SLOT FOR FREE (NO DOWNLOAD & NO DEPOSIT NEEDED!)

Play Motorhead Slot game for free, right here on our website (No Download Necessary & No Deposit Needed). Increase or decrease your bet and change the number of lines. When you’re ready, hit the “Spin Button”. Enjoy!

Prepare to be dazzled from the moment you launch the game. Motorhead will place you in front of a live music stage with amplifiers and speakers on each side of the reels for a truly concert-like feeling. The soundtrack will hit you hard from the off and you better prepare to rock as the game itself comes with a ‘rock mode’ available which turns the Motorhead music loud during your spins.

A four-leaf clover, cherries and a horse shoe are the three lowest paying denominations in the game. Next up are a seven, a bell, a star and a Lemmy symbol, which as expected stands as the single highest paying tile. Unlike all other symbols which pay for three on a single active payline, you only need to notch two of the Lemmy symbols to land a win.

The game pays from left to right as it’s usual with most of the slots, but this particular game is more than just ordinary.

In addition to aforementioned regular symbols in this game, Motorhead comes with an Ace of Spades Wild and a Scatter which appear anywhere on reels 3, 4 and 5 to reward you with 10 Free Spins. A universally loved feature is an evergreen, but the only downside to it here is the fact it cannot be reactivated.

Motorhead boasts much more than just a free spins feature and all of the action starts in the base game with a Mystery Reel feature, which in truth can be activated during free spins as well. One or more reels on every spin can potentially become mysterious rewarding you with stacks of gold skull symbols which will then transform into a randomly selected icon which significantly increases your winning chances.

This NetEnt’s brilliant title features a Bomber Feature as well. It is another one of the base-game random features which activates itself prior to a spin. There is a cluster of mystery symbols inside bombs that fall on the reels to create at least 10 overlay mystery symbols. Similar to the Mystery Reel feature, Bomber also generates a mystery overlay to increase your winning potential.

NetEnt’s Motorhead is a visually stunning piece which acts as a tribute to one of world’s most famous rock bands. With animated 3D graphics busting from behind the screen you will be given an impression that you are at a concert, which enhances your playing experience significantly. What truly is remarkable about this game though, apart from great visuals and music, are the features. A peculiar reel grid formation adds to the suspense as you hope to land mystery symbols and have your reels bombed for symbols overlay and potentially fantastic prizes. One would have to admit this game truly is a fitting piece to mark the unfortunate death of Lemmy, but NetEnt could have paid their respects towards the leader of the bands by incorporating a multiplier or two of sorts in addition to the existing three bonus features. Our rating: 93/100