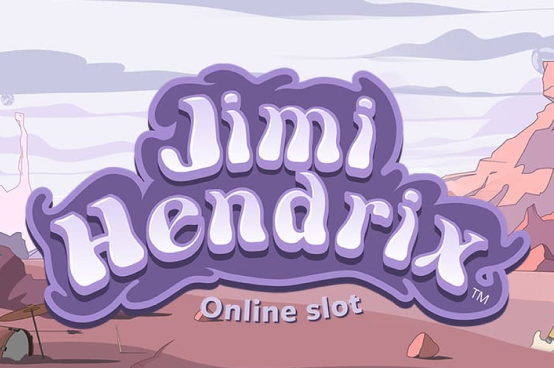 Jimi Hendrix slot game is the second rock n’ roll title from NetEnt in the company’s three-title series to celebrate the 20th anniversary. Built around the iconic musician and his mesmerising music, Jimi Hendrix slot features 5 reels and 20 fixed paylines placed inside a psychedelic-looking theme with some rather unusual graphics and the original music from the famous artist. Jimi Hendrix is a branded and licensed game which is a brilliant tribute to a music icon. NetEnt have made sure to push their game to the max with this slot by incorporating as many as six different bonus rounds. Two of those are base-game features, just to make sure you are sitting on the edge of your chair since the first moment you launch the game.

Play Jimi Hendrix Slot game for free, right here on our website (No Download Necessary & No Deposit Needed). Increase or decrease your bet and change the number of lines. When you’re ready, hit the “Spin Button”. Enjoy!

Jimi Hendrix bring the power of the flower back on stage as the looks of this musical slot takes you back in time to a classic rock n’ roll era.

A selection of the classic playing card symbols are lower denominations in this game, while you also have an eye, a flower, a vinyl record, a heart and a peace sign on the reels. Still the highest paying symbols are two of Jimi’s guitars and the big man himself, who pays 400 coins but also acts as a Wild. In addition to looking good, his slot game sounds great with a selection of Jimi’s famous songs such as Crosstown Traffic, Little Wings and Purple Haze.

The game pays for combinations of at least three matching symbols on a payline, with the exception of the red guitar and Jimi Hendrix wild which will reward in pairs.

All wins are achieved from left to right in a classic, universally accepted slot pattern.

There are no less than six different bonus features in this game so let’s not waste any time in describing them.

Red Guitar Re-spins are up first as a feature triggered by 4 or more red guitar symbols anywhere on the reels. The Guitars will remain locked on the reels and act as an overlay symbol during the feature. Red Guitar re-spins go on as long as you keep getting these symbols on the reels.

Up next is the Purple Haze. Triggered by the purple haze symbol on reel one, this feature will transform all of the low-paying symbols into Wilds for the duration of that spin. The purple haze symbol will also become a wild to additionally enhance your winning potential.

Pick and Click game gets active once you land three Scatter symbols on reels 3, 4 and 5. This four-fold feature will have you winning a cash prize between 8 and 30 times your stake in a Coin Win feature and grabbing three sets of free spins named after Jimi’s songs.

Firstly, there are the Crosstown Traffic Free Spins where you get 6 free rounds with wild reels appearing on different reels every spin. The Purple Haze free spins feature rewards you with 6 up to 12 free spins. During this feature, as you would expect, all playing card symbols will be turned wild for the duration of the feature. Ultimately, there is a Little Wings Free Spins feature with 6 to 12 spins again, but with between 3 to 5 overlay wilds appearing at random during each spin.

Jimi Hendrix is an action-packed musical slot game which comes as a perfect tribute to a great musician. Jimi Hendrix is a 5-reel and 20-payline title which comes with 6 different bonus features most of which are named after Hendrix’s most famous song titles. What we have before us is a medium variance slot game, with action evenly spread between the base game and bonus features. The retro look to this game is a great way to help the members of the older generation revisit their Woodstock memories and go through a truly psychedelic slot experience one more time. It is a wide-range bet value game which can come quite expensive at R2,000 per spin, but with it being available at as little as R2 it definitely can be an everybody’s slot choice. Our rating: 93/100