South Africa based players looking for an interstellar like casino experience could possibly have their wish fulfilled at 4Stars Games. The website loads an image which reminds you of the title track of James Bond Films, where the master spy confronts a circular bank vault, gun in hand. Only, the vault is a roulette wheel, and the camera angle is reversed. The space-themed casino is a celebration of purple shades, which give way to colorful games icons against a cosmic background, before melting away against another purple onslaught of promotional notifications, with meteors, space walkers, and space buses.

4Stars Games features a sophisticated games library from a stellar battery of gaming studios including Microgaming, NetEnt, Evolution, Red Tiger, iSoftBet, Play ‘N Go, and Pragmatic Play, etc. The collection includes the finest slots, table games, video poker, and live casino. The online casino also features a wealth of progressive jackpots. You can play with a range of promotions and bonuses, starting with a handsome welcome offer, and going all the way to the VIP club.

Licensed by the Malta Gaming Authority, 4Stars Games offers a secure and fair gaming environment. All the games are regularly audited and certified for randomly generated (RNG) results from Gaming Labs. RNG audits also establish that the operator’s payout is up to acceptable levels. Members’ information is protected behind industry-standard SSL-encrypted firewalls. 4Stars Games

The minimum deposit is R200. The free spins are to be played on Starburst. The second deposit bonus is reserved for slots games from Bombagames. There are no wagering requirements, and the cashable amount of your winnings can be withdrawn at your pleasure.

4Stars Games does not offer any no-deposit bonus at the time of writing.

The cashback is given every Monday. Only Bombagames slots account for 10% cashback. For all other games, the ‘beam back’ is 5%. Members who reach the topmost tier of the Stellar Stream are welcome with a cash award of R4,600. To get the Refer a Friend bonus, your referral must make a deposit of R900.

How to Log In and Register Online at 4Star Games

Members of 4Star Games sign in by clicking on the ‘Log In’ button at top right of the screen. You can log in by using the same credentials used at the time of opening your account. If you don’t have an account, you can open one in a few simple steps. It can be still faster if you register through Facebook or Instagram.

To register manually, click on ‘Register’ at the top right corner and fill in the single registration form. Once your account page is created, click on ‘Deposit’ at the extreme top right, and select your e-payment channel. Enter your deposit amount, claim your welcome bonus, and submit. Your bonus will be credited immediately.

Online Casino Games You Can Play at 4Star Games 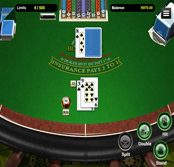 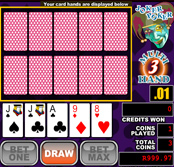 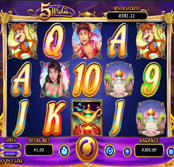 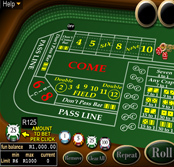 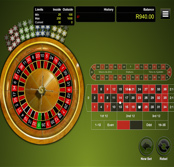 The operator has been modest in naming the casino as the venue could easily have been called 5 Star Games. The games come from studios that sit at the top if the iGaming pyramid and comprise the hottest played in online casinos around the globe. Apart from the ones mentioned above, they include Playson, Tom Horn, Wazdan, Quickspin, Ezugi, Iron Dog, No Limit City, Habanero, Golden Hero, Booming Games, Gamomat, StakeLogic, and High5Games, etc.

The games library sits below the main banner and is divided into various games categories. When you click on the games icons they expand to reveal pertinent information about them like number of reels, bonus rounds, and maximum bets, etc. Even the games provider is mentioned. There is a search bar from where you can filter out individual titles. Let’s take a look at some of the most ‘happening’ games in all casino categories.

A Scintillating Gallery of Slots

As mentioned, 4Stars Games Casino features many of the most-played slots. There are all kinds of classic fruit machines and video slots with multiple versions of your favorite genres. The games are celebrated for their graphical sophistication, entertaining soundtracks, and player-friendly bonus features. There is a ‘Hyperboosted’ category, which includes Poseidon: Ancient Fortunes Megaways, Infectious 5 xWays, Jurassic Park, Burlesque by Dita, and Golden Buffalo Double Up, and others.

Card games were universally played long before the first casinos came into being. Roulette is what laid the foundations of Monte Carlo. Their popularity continues in online casinos. Slot games may be the most played, but card games offer some of the best odds. 4Stars Games has a substantial lobby of table games. Titles include European Blackjack, Vegas Strip Blackjack, Big Win Baccarat, Baccarat Zero Commission, Casino Hold ‘Em, Three Card Poker, and numerous variations of roulette.

Comparatively few players are fortunate to play at real casinos. Live dealer games simulate the glamour and excitement with real cards, the small wheel, and other paraphernalia. You play against live players, with whom you can even interact. 4Stars Games do not have an extensive lobby of live dealer games, but all the favorite categories are covered. There are live versions of blackjack, baccarat, Sic Bo, roulette, and TV-themed games like Deal or No Deal and Dream Catcher.

The earliest video poker games arrived at the height of the video games boom in the 1970s, which also coincided with the advent of the first personal computers. Video poker does not require strong video poker skills, but players who can strategize can win serious money. Video poker games are found in the ‘Table & Poker’ lobby, where titles include Jacks or Better, Aces & Faces, Aces & Eights, Deuces Wild, Bonus Deuces Wild, All Aces Poker, Joker Poker, and Jackpot Poker, etc.

Mix of ‘Other’ Games

There is a small sub-lobby of casual games in the ‘Table & Poker section. These are games, which are popularly played at arcades, and at social gatherings for low-stakes. These games provide another category of players to online casinos, and offer more opportunities for fans of these casual games to play their pet fixtures. Titles include Viking Runecraft Bingo, Money Wheel, Keno, Bugs Party, Flying Pigs, Super Wheel, Rainforest Magic Bingo, and Sweet Alchemy Bingo.

Playing on the go is a 5-star experience at 4Stars Games. You can access the casino on practically all Android and iOS devices. As far as design and layout is concerned, the mobile casino is a spitting image of the PC platform. The main sections above the center panel, the log in and registration tabs and the language menu have been combined into a drop-down menu and placed at the top left. The main banner takes up the lion’s share of the screen; it’s a long scroll to the sitemap at the bottom.

The main games library below the center panel has to be scrolled from right to left to access all the games lobbies. We recommend you play mobile games in landscape mode since most of them are laterally inclined. Most studios now focus on mobile-first games, so you can expect to play most of the games in the library like Gonzo’s Quest Megaways, Starburst, Book of Gold Multichance, Sweet Bonanza, Dragon Shrine, Gem Roulette, Atlantic City Blackjack, and Andar Bahar Live, etc., etc.

4Stars Games does not offer a downloadable casino app for mobile, or even PC, for that matter. Casino apps are passé; players prefer to do their gaming online.

Pros and Cons of 4Stars Games

Online casinos are outlawed in the Rainbow Nation. Offshore casinos are technically not allowed to offer their services to residents. However, domestic legislation cannot cover offshore venues. The government has no jurisdiction outside the borders of the country. However, though the laws exist, the atmosphere is less restrictive. Players who join offshore casinos are not targeted.

How Do I Withdraw Money from 4Stars Games?

If you like to play with bonuses, first check that you don’t have an active bonus. Confirm your available balance, and click on ‘Withdraw’. Select your payment channel, and enter your banking details. Enter the amount you want to cash out and submit. You will immediately get an e-mail acknowledging receipt of your withdrawal request.

What is 4Stars Games?

4Stars Games is a premiere online casino launched in 2019. The casino offers a sophisticated and diverse library of games from a consortium of the most sought-after studios. Members enjoy slots, card games in multiple categories, roulette, video poker, live casino, and some casual games. Also on offer are many of the largest progressive jackpots.

The venue runs regular promotions to attract new members and keep existing ones active. There is also a thriving loyalty program, in which the most frequent players are suitably rewarded. 4Stars Games is licensed by the Malta Gaming Authority, the venue offers a secure and equitable gaming environment. South Africans can certainly benefit by playing here.

No, 4Stars Games does not feature a sportsbook.

The cosmos-themed casino has a rewards program called the Stellar Stream. Members collect ‘stars’ and rise through various levels for exclusive perks and privileges, including a cash award of R4,600 for reaching the top tier.

What are the Wagering Requirements at 4Stars Casino?

There are no wagering requirements at 4Stars Games. Bonus winning have on-cashable and cashable components; the latter can be withdrawn at your pleasure.