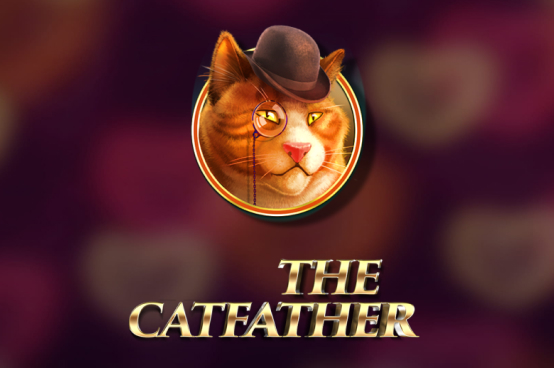 Pragmatic Play’s cat gang is back with a new look and improved style in the Catfather Part II video slot which is a 5-reel engine with 30 fixed paylines playable from R3 per spin. With its title as a clear association to the famous Hollywood blockbuster Godfather, this 2017 slot game is following the adventures of mobster cats. Players can hope to be struck with appealing appearance and some rather exciting feature which include random stacked wilds, a Free Spins feature with at least one random stacked wild on every single spin. More than enough of a reason to have a go.

Play The Catfather Part II Slot game for free, right here on our website (No Download Necessary & No Deposit Needed). Increase or decrease your bet and change the number of lines. When you’re ready, hit the “Spin Button”. Enjoy!

Pragmatic Play’s feline friends have some unfinished business to take care of, hence the second part to the Catfather slot. The sequel is a 5-reel, 3-row and 30-payline version designed impeccably and presented with superb visuals and graphics.

With two lamps on each side of the reels and a dimly lit room with red tapestry on the wall the game introduced that enigmatic and mysterious feel so suitable with the gangster theme. It is a modern mafia version so the bling shines brightly through the gem encrusted classic playing card symbols which are the lower denominations in the game.

Joining them are a kidnapped rope-wrapped mouse and a quartet of cat gangsters.

You only need to line up three symbols of a kind to land a win in this game which, much to a positive surprise for us all, pays both ways. Left to right or right to left, it’s all the same.

Two cats in a box represent the Wild symbol in this game. By far the most lucrative symbol in the game as well, given the fact it can win you up to 5,000 coins for five in a row. Wilds can appear randomly after any winning spin in this cat-gang slot. When this happens, a kitty from the box will jump out of it and on to the top of the reel scraping its way back to the box to make that entire reel wild.

Another symbol to look for in this game is the golden briefcase. This symbol is the game’s Scatter that will reward you with a payout worth up to 15 times your total bet and will also initiate the free spins feature.

The Slotfather Part II, much like the original Pragmatic Play title, features a funny theme. It has a great appeal due to its wonderfully crafted graphics and non-intrusive soundtrack, however, and is playable enough. It is an entertaining game, you must give it that, and the action unfolds in a classy and elegant manner. Unlike the original title which offered multipliers with free spins, the sequel gives you guarantees stacked wild. It is a substitute some of the slot players will regret, but the Catfather Part II is still an interesting game. Our rating: 89/100