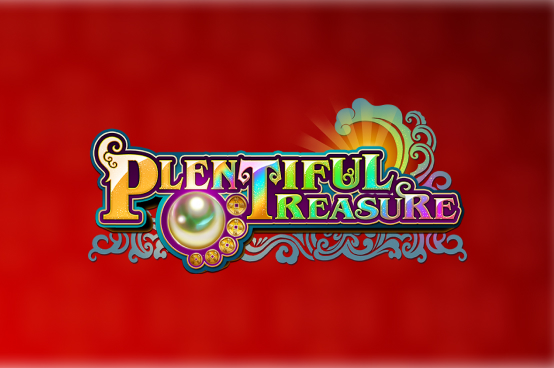 Online slots have a huge following worldwide. They are fun to play and each game lasts the duration of a spin: you place your bets and spin the wheel; it is as simple as that. The popularity that they enjoy is what makes them the biggest game component in the portfolio of every online casino software provider with a reputation to talk about. Real-Time Gaming is one of those providers that regularly churns out high-quality slots and its latest release – Plentiful Treasure – is the testimony of this fact.

Plentiful Treasure is a brand new slot from Real Time Gaming that was launched on 7th November 2018. However, news of its launch was released to the world by RTG Asia on 31st October 2018, itself. This is a game that has been popular for a long at the land-based casinos in Macau and RTG’s move to bring this online gives players from across the world the to try out this amazing game.

This fantastic slot has an Asian theme and its Asian theme is Shi Shi Fa. The game has 5 reels and offers players 243 different ways to pick up wins. You can score wins both ways when playing. As the name indicates this game is about finding ancient Chinese treasure, and plenty of it.

The graphics and animations in the game are fantastic and there are different ways of picking up wins, including through a free spins feature and the cool random Gold Coin feature. There are 4 jackpots attached to the game as well, giving you a shot at some really cool wins.

Plentiful Treasure is a whole lot of fun to play. There are loads of features and a number of ways of picking up wins. This is a brand new game and therefore it makes sense to practice it before actually spending money playing it. The best way of doing this is by opting to play in the practice play mode: it is free and you can play for as long as you want. You can place wagers using the dummy credits that you are offered. And should you use up all the credits, all you have to do is reload the game and continue playing with a fresh set of credits.

Plentiful Treasure has an Asian theme, specifically, ancient China and its treasures. The ornate background and the symbols in the game reflect this theme to a T. There are 5 reels and you get 243 ways to pick up wins, both ways. Complementing the amazing graphics and animations and adding a delightful edge to the game is a superb soundtrack that is also in sync with the theme.

The symbols in the game range from different kinds of rings – gold as well as emerald, teapots, gold necklaces, jewelry boxes and more. There are 5 golden symbols in all, along with the numbers 9 through to Ace from a standard card deck. There are also 4 God symbols that contribute to the jackpot.

The coin size in Plentiful Treasure ranges between a low of 0.01 to a maximum of 0.10. This gives you a decent bet range to use, from a minimum of 0.88 to a maximum of 8.80. Once you have practiced this game thoroughly in practice play mode you can opt for real money play. The following are the steps for playing Plentiful Treasure for real money:
1. Roll over the game icon and then click the Real Money button to launch the game.
2. Place your wagers by choosing your coin size. You can click the ‘-‘ or ‘+’ buttons on either size of the coin size field to decrease or increase your wager respectively.
3. Once you have placed your bets click the Spin button to launch the game. Your win or loss depends on the combination of symbols and the positions they appear in.

Plentiful Treasure comes with a fantastic free games feature. This feature is launched by landing 3 or more scatter symbols from the left to right. You get 8 free spins when this happens. During the free spins, the lower paying symbols i.e. 9 through Ace don’t appear. The free spins can be re-triggered.

The Gold Coin bonus feature is a special feature that is triggered when you land the Bao symbol on the 2nd, 3rd and 4th reels. During this feature 12 gold coins appear on the screen. Click a gold coin to reveal one of the God symbols – Mini, Minor, Major and Grand. When you reveal 3 identical God symbols you win the corresponding jackpot associated with it.

Plentiful Treasure is a fantastic new slot that has cool features like the free spins bonus round. The game interface, graphics and also the background are all in sync with the Asian theme that the game comes with. The graphics are of the highest quality, as are the animations.

The fact that you can play in practice play mode works well for new players. They can play the game freely and get to know the different features and payouts it offers without spending any of their money.

The bet range is not that huge compared to some of the other games that have been launched in recent times. However, it is decent enough and has its own advantage – you will not end up spending too much on the game and that is good especially given that this is a new game.

The free spins round is good incentive to play, especially given that you get 8 free spins that can be re-triggered. This means you could potentially end up with 16, or even 24, free spins. That is a good enough number to be able to rack up a good paycheck.

The biggest draw for players is of course the 4 jackpots that you find in the game. These jackpots take your game experience to a whole new level. You have a chance at actually winning a decent jackpot amount.

All these positives are reason enough for us to recommend this game to all players who love playing games from RTG.