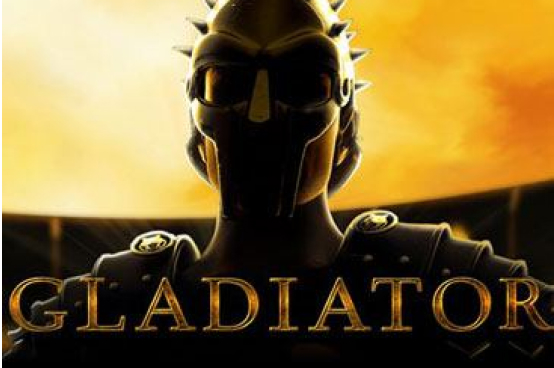 There’s not a lot of people who don’t look back at Gladiator without a little bit of a smile appearing on their face, and we are no exception. The demand was obviously there, as Playtech rereleased the mobile version in 2014. It is a very popular slot, if not the most popular that the developers have ever released, and it feels almost odd that we were just talking about their mistakes in Jackpot Giant when you take a look at this title and remember that they more or less solved the problem all the way back then. Gladiator gives you 5 reels and 25 flexible paylines to work with, keeping free spins, multipliers, and additional Wilds and Scatters hidden under one mega bonus. In addition, rather than making the progressive jackpot a random occurrence, it puts it under another special feature.

PLAY GLADIATOR FOR FREE (NO DOWNLOAD & NO DEPOSIT NEEDED!)

Play Gladiator slot game for free, right here on our website (No Download Necessary & No Deposit Needed). Increase or decrease your bet and change the number of lines. When you’re ready, hit the “Spin Button”. Enjoy!

The glory of licensed games is that you don’t have to trouble yourself too much with symbols. Actors from the original Gladiator movie are reused as symbols in Playtech’s release, alongside some poker card icons. It shows off a rather impressive betting range, as with flexible paylines, bet per coin and bet per line all come together to adjust your wager for as little as R0.1 up to R12,500, which should give both high rollers and casual players something to work towards, and it doesn’t cut off the lower paying gamblers from potentially accessing the jackpot if they get lucky enough to trigger it. However, it does still suffer the traditional progressive jackpot fault of making the rest of its wins feel lacking unless they are nigh impossible to achieve. On top of this, you also have one special feature to work towards, but it has several bonuses rolled into it, making it a lot more interesting.

Three or more Scatters anywhere on the playing field grants you the Coliseum special feature. Starting at the bottom of the bottom row, you pick between five stones. Each row offers a different sort of prize – the first row picks how many free spins you will get. The second row rewards a multiplier that will be active while the extra turns are happening. The third row rewards extra Scatter symbols that can appear across all the bonus rounds, and the fourth does the same, but with Wilds instead of Scatters. With each pick, you can get all the prizes from that row, move up a row, pick another prize in the same row, or collect all your prizes and proceed to the free spins. The highest paying symbol can also award three more turns if it appears on the third reel while the free spins are active.

The second special feature also counts as the jackpot. If Wilds appear on the second, third and fourth reel at the same time, you get to pick between nine helmets. These helmets are random, and can be gold, silver or bronze. All the helmet wins add up by the end and you get your prize. If you play for bigger amounts of money, you increase the odds of the feature triggering. And finally, if you score nine golden helmets, you win the progressive jackpot!

Some titles never really find their footing, and some manage to score it from the first go and end up immortalised as a legendary release. And we think that is a fair way to score Gladiator – despite its age, there will still be people coming back to it, because it is that good. Playtech knocked it out of the park, and the fact it still remains supported to this day shows how well done it was. The progressive jackpot, the interesting special feature, and the callbacks to the show are all nice. The graphics aren’t what I’d call amazing, especially compared to what we have these days, but they aren’t bad by any means. It takes a bit of using to, but if you want to revisit an old gem, or just want to dive into something which shaped a lot of slots since, Gladiator is a good place to do it. Our rating: 92/100