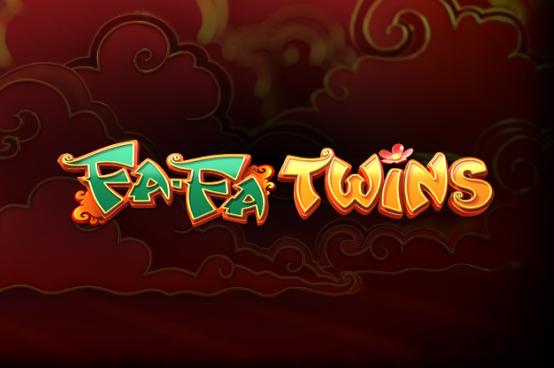 An Anime characters rendition, the Fa Fa Twins from Betsoft is a Japanese-style slot game which comes in a cartoon-like design and with a cute-looking feel around it. The game is built upon 5 reels and whopping 243 ways to win, together with Betsoft Dual Reels model which makes adjacent reels identical to double your chance of landing big-money wins. The Fa Fa Twins is a graphically impeccable presentation which Betsoft made sure looked good in addition to being so exciting from the player’s perspective. We are certain that Fa Fa Twins will have a broad audience that will enjoy this unusual slot title regardless of the fact it hasn’t got any classic bonus features to boast with.

Play Fa Fa Twins Slot game for free, right here on our website (No Download Necessary & No Deposit Needed). Increase or decrease your bet and change the number of lines. When you’re ready, hit the “Spin Button”. Enjoy!

There is a cute and cheerful appeal to the Fa Fa Twins game which welcomes you into a classic Japanese video presentation. With two charming sisters on each side of the reels, the Fa Fa Twins introduces players into an exotic set-up straight from the off.

The reels are populated by low-paying symbols represented as classic playing card symbols in an oriental font and a Japanese lantern, which is worth 40 coins – as much as the highest two cards A and K.

A Fa Fa Twins logo Wild is joined by a lotus flower, a jade pot of coins, a koi carp and a lucky gold cat, whereas the two little sisters are the highest paying symbol offering 1,000 for five in a row. Luckily, players do not need to notch all five matching symbols as it will take only three inside any of the 243 winning ways to land a win. You need to do it from left to right, however, as that’s the set-up this game is calibrated on.

Betsoft have created a simple and a rather straightforward game with their Fa Fa Twins slot. Built without classic special features such as free spins or multipliers, this Japanese attraction does in fact come with a Dual Reel feature.

Giving credit to the slot’s title, the Fa Fa Twins game will provide players with at least two adjacent reels identical. The reel duplication can continue through third, fourth and even fifth reel which ultimately means top prizes for players. Dual Reels mode immediately boosts your chances of landing a win as it provides you with better opportunity to match at least three symbols.

The Fa Fa Twins slot comes with another delicacy Betsoft like to incorporate in almost all of their slot titles. After any standard win the game will present players with a chance to double up their money through a toss of a coin game. You can gamble all of your winnings on a given spin, or choose to split it to 50%, but either way you will double it if you guess the outcome of the coin toss.

The Fa Fa Twins is an animated Japanese game with two twin girls at the centre of all the action. It might not be fully packed with various features and an eventful gameplay, but it is still a rewarding game offering plenty of lucrative winnings for players throughout all channels and platforms. Additional for all living on the go, Fa Fa Twins comes with a responsive screen fitting perfectly with all of the handheld devices. Players can hope to benefit from a Double Reels feature which doubles your chances of landing the win at any time during the game. It also boasts a Double Up gamble feature which risk-loving slot players will enjoy. Our rating: 79/100