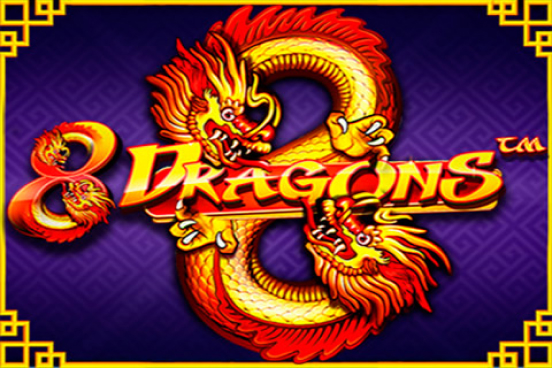 Don’t let the subject of the Pragmatic Play’s latest slot title fool you as 8 Dragons video slot is much more than just another Chinese game. We admit that this theme has perhaps been too exploited over the past couple of years, but Pragmatic Play have made sure to put a great twist on it and introduce features and some staggeringly rewarding options that are bound to excite you throughout. What we have before us is a brilliantly designed classic Chinese theme with all the standard elements of the oriental culture, all of which are spiced up by the unlimited number of free spins with mysterious stacked symbols and multipliers that go up to 30.

PLAY 8 DRAGONS FOR FREE (NO DOWNLOAD & NO DEPOSIT NEEDED!)

Play 8 Dragons Slot game for free, right here on our website (No Download Necessary & No Deposit Needed). Increase or decrease your bet and change the number of lines. When you’re ready, hit the “Spin Button”. Enjoy!

Red colour prevails as a Chinese good-fortune sign. Five reels and three rows with 20 fixed paylines are rested on the Chinese print and include classic elements which you would expect to see from a game like this one.

Classic playing cards symbols from 9 to A are the low-value denominations which you need to line up at least three of a kind to be granted a win. On the other side, there are five high-paying symbols – some Chinese golden nuggets, golden coins, a koi carp, a dragon and a tiger. All symbols except for the Tiger will pay for three, while this beautiful animal will grant you 2 coins when you nail two of those side by side. The Tiger is the highest paying element worth 500 coins for five in a row.

Pragmatic Play games are well-known for their visual simplicity and lack of intrusion, as far as the game controls are concerned. Spin button is surrounded by a plus and a minus signs, which are used to adjust the number of coins per line and coin value.

You can choose up to 10 coins per spin, whereas their values range from R0.1 to R5.

In addition to the aforementioned selection of symbols, in the 8 Dragons slot game, Pragmatic Play has made sure that this title includes a Wild and a Scatter as well. The number 8-shaped dragon is the games Wild which appears on reels 2, 3 and 4 and comes as stacked in groups of two. The Wild substitutes for all symbols on the

reels except the Scatter and is will multiply the wins by 2 whenever a full stack of Wilds appears anywhere on the screen.

The Scatter is represented as a red envelope and is also called a Mystery Symbol. Three of these will trigger the Free Spins Feature which is where all the action happens. Once you land at least three mystery symbols, you will be presented with a choice of a selection of free spins and multipliers in different combinations.

Ultimately there is a mystery prize which rewards an unknown number of free spins and a mystery multiplier range, which are both selected for the other options.

Free Spins feature can be re-triggered, rewarding players with as many additional spins as they were initially rewarded by the selection option. There are basically no limits for this feature.

The 8 Dragons slot game might not be the flashiest and the glitziest you have ever seen, but it comes with incredibly rich features and plenty of fun as well. The visuals are quite nice and clean, whereas it is the gameplay that will draw your attention to this slot and make you stick with it for far too longer than you initially planned. Double wilds are the real attraction, while there are also reloading free spins and impressive amount of multipliers which go up to 30. Our rating: 90/100