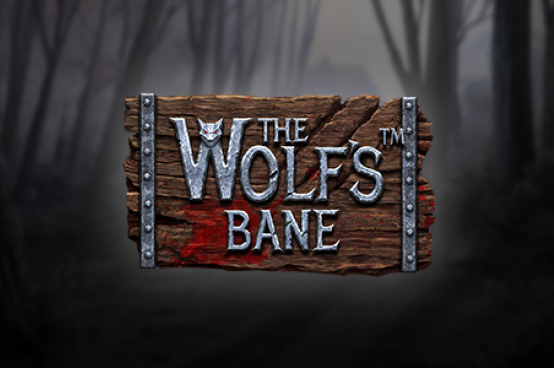 NetEnt has been on the leading front in terms of creating exciting and thrilling games over the years. One of the outstanding features associated with this creative company is its revolutionary gaming ideas that come alongside the bonus features. Thanks to the company’s focus on quality, NetEnt recently launched a Halloween themed slot dubbed “The Wolf’s Bane.” Its lycanthropic concept has been nothing short of successful.

Over the years, villagers have been facing constant attacks from flesh-eating werewolves. Because of this, they finally get tired and decided to do something about it. To save the villagers, they have no choice but to seek all the help they can get.

The Wolf’s Bane promises not just quality in terms of the game, but a thrilling encounter as you navigate through the outlined themes. The dark theme alongside superbly done visual images with a haunting soundtrack transforms the gaming experience into one highly entertaining show. Beautifully designed to raise your hairs, the player cannot help but get into the flow without realising that they are participating in a game of slots.

Right from the onset, moving through the game, the wavering fog alongside the light winds add what one can term as a spine-chilling atmosphere. It gets eerier every time the player scatters land using the reels. With such an enticing mix of experiences, one significant feature that comes with this game is its player-friendly aspect. The notable friendly elements that we can capture include the multipliers, free spin bonuses, and bonus rounds.

Its launch on October 24, 2019, positioned it to capture the Halloween mood. As such, this played a significant role in helping it gather momentum. Another critical aspect, which has been instrumental in increasing the game’s popularity, is its generous RTP that stands at 96.74%.

PLAY THE WOLF’S BANE SLOT FOR FREE (NO DOWNLOAD & NO DEPOSIT NEEDED!)

Barely two months old into the casino circles, it is advisable to learn a thing or two about the game before committing money. Taking some time to practice will help in improving your attention and enhance critical skills and strategies that will always come in handy. As such, the slot is available for practice to anyone who is looking to gain those crucial skills before venturing out using real money.

The practice mode offers a safe mode for the newcomers and gives you a better feel of the game.

To play for free, what you need to do is indicate the intention to play in practice mode when signing up. By choosing this option, you will click a button that will take you to the page where you will get a chance to learn. At this point, it is important to note that due to its recent inception, the game does not have a timeline attached to the free play option. You will only encounter reminders that point in the direction that seeks to establish whether you are interested in playing with real money.

HOW TO PLAY THE WOLF’S BANE SLOT

The NetEnt’s creative kitchen has come with a set of steps that a player can embrace to save the village from these creatures. The Wolf’s Bane has a five-reel, 10-pay line video slot that makes it easy to help the village out. The thrill of scattering the land moon is that it also triggers additional free spins that come with varying types of wilds. The player also needs to look out for the Archer mainly because the archer helps in triggering the Pick and Click feature that enables one to win instant prizes.

The Wolf’s Bane comes with a friendly set of rules of play. The game has 10 pay lines that allow the player to wager between .20 coins and 100 coins in every spin. It also has an autoplay function, which allows the players to use the quick spin function to speed up the spinning of various reels.

As a player, one has to pay keen attention to those blood-sucking and flesh-eating creatures about to attack. With the five reels and three rows, makes it possible to benefit from 10 fixed pay lines. These pay lines pay left to right. Meaning that it starts with the leftmost reel, whereby three represents the minimum landing payout. As earlier stated, the game allows fixed betting that stands at 10 coins every spin. However, the player can alter the coin’s value depending on the currency. One of the unique features associated with this game is that it is playable with South African Rands valued at 0.20 Cents per spin, alongside other rewarding features.

The Return To Player value slot for this game stands at 96.74%, which is on the lower end of the volatility spectrum. As such, it provides players with smaller payouts.

Landing winning combinations entails having three matching symbols calibrated on the same pay line. The gunslinger is the most generous of the three because it awards players with actual prizes.

Three bonus symbols mentioned in this article will always appear. However, when they appear on the reels, they trigger the Pick and Click Bonus, which allows the player to choose and pick one of the three symbols that carry a prize worth that stands between 5X and 50X of your stake.

Three full moon symbols activate free spins when they appear on the reels. When this happens, the player stands to win between 10 and 30 additional free spins. However, before this round kicks off, one will have to get the random wilds that will appear during the particular bonus.

At this point, we say if you have a weak stomach, walk away. However, if you want to give it a shot, you will not regret this experience as it gets messy with time. The player visits the village at night during the Full Moon. Because of this, the setting resembles a dark and calm atmosphere. During the visit, the Werewolves continue howling all through.

As the scene unfolds, a few villages will appear notable among them are the following:
• The Male with a Gun
• A Male carrying a Shovel
• A Female carrying a Candle
• An Archer
• A Female with the Holy Water

When the scene unfolds, the Archer bears the responsibility to scatter, thereby triggering the Pick and Click Bonus. Besides this, the Full Moon also triggers the Free Spins feature. These symbols denote particular values assigned to various stages associated with wolf transformation.

The game comes with four different wilds. A player needs to be on the lookout for an overlay symbol that shows up randomly. The symbol is a set of reels bearing 1, 2, or 3 on free spins. The four different wilds offer the following:
• Regular wild – this one acts like the standard wild that serves to replace various symbols bar
• Expanding wild – this wild expands intending to take over the entire reel and give the player a wild reel
• 2X multiplier wild – it doubles the player’s win in cases when winning a combination
• Spreading wild – this one uniquely spreads across 3 particular rows; when it happens on the same rows, the player is guaranteed a payout.

The Wolf’s Bane is not only thrilling, but it is also attractive benefits. However, unlike most of the other games, it does not have a progressive jackpot, which makes it less appealing for those players who would like a game that comes with the potential of making a kill based on other plays.

The Wolf’s Bane provides those who have a fascination with werewolves with an opportunity to play and win at the same time. Its unique and sensational mechanics invite you to sink claws into wins. Besides the thrill, The Wolf’s Bane activates a ferocious appetite alongside its claws, and fangs that bring out the inner wolf. If you don’t fancy horror themes, this is not where to go. Even though it is not easy to trigger special features, once you get a chance, you will definitely celebrate.