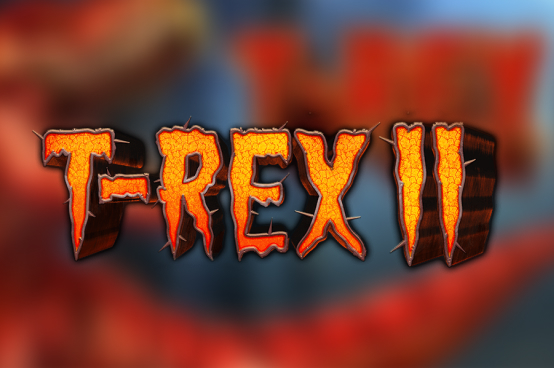 They say that sequels are never as good as the original, but that would be hard to argue after you check out the new game by the online casino software group Realtime Gaming. The new T-Rex II slot is a sequel to RTG’s T-Rex slot, coming almost a decade later than the original. It seems, however, that the wait has been well worth it.

The original T-Rex impressed the crowds with its fabulous display of dinosaur symbols and rewards. Bonus symbols, free spins, a top 10,000 coin fixed jackpot and another randomly triggered progressive jackpot made T-Rex slot a popular choice among players at RTG-powered online casinos.

But in September 2019, the group announced the release of T-Rex II and the rest has become history. The new slot game is a five reel, 25 pay line masterpiece, which brings to life the biggest and most fearsome of all dinosaurs that ever roamed the earth so many millions of years ago.

While dinosaur-themed slots are nothing new at online casinos, RTG has given this title its own magic touch and created a title that won’t be forgotten for a very long time.

While it may be tempting to jump head-first into playing T-Rex II slot for real money, we want to point out another option. You can (and are also encouraged to) play T-Rex II for free at online casinos where no downloads or no deposits are needed.

It makes a lot of sense to play T-Rex II for free for several reasons:
• Playing slots for free introduces you to the title without the need to wager any of your own bankroll initially.
• You get to the learn the rules of the game for free.
• You hone your skills on the slot game.
• You build your confidence by playing slots for free, so that you’re ready to jump into real money slots entertainment.

The good news is that you can play T-Rex II for free at leading online casinos powered by RTG. It is perfectly fine to ask to pay slots in play-for-fun mode, where you don’t need to download the software and you don’t need to make a deposit into your real-money casino account.

HOW TO PLAY T-REX II SLOT

Let’s say that you’ve played T-Rex II slot for free and you’ve decided that you now want to up the ante and start playing for real money.

You’ll find that the game has 25 adjustable pay lines, and you can play anything from 1 to 25 of them at a time. Betting limits range from $0.01 on one pay line to $5 on one pay line. If you multiply the maximum wager by 25 (lines), you will find a maximum bet value of $125 per spin!

Once you’ve determined how much you want to wager per spin, all you need to do is sit back and start spinning those reels. If you don’t feel like spinning time after time, simply set the Auto Play feature and the slot machine will do the work for you.

Wild symbol: The wild symbol in T-Rex II slot is the T-Rex himself, and it stands in for all other symbols on the reels (except the Dino Egg image) to complete paying combos. When the mighty T-Rex completes a winning combination, your wins are doubled.

Scatter symbol: The Dino Egg is the scatter symbol in this game. If you land five of them, you will win the top multiplier value of 200 times your bet. In addition, you’ll find that the Dino Eggs trigger the free spins feature.

Free spins: Land 3 Dino Eggs anywhere on the reels and you will trigger the free spins feature. This pick-me-style game has you selecting a Dino Egg which could award you up to 10 free spins. If you land a T-Rex symbol during the free spins game, he will go ahead and eat all the other petrified dinosaurs on the reels, replacing them with T-Rex symbols – which results in even bigger rewards.

Fixed jackpot: When you land 5 T-Rex symbols anywhere on an active pay line during the game, you will immediately be awarded the 10,000-coin fixed jackpot.

We’re huge fans of slot games by Realtime Gaming because many of them carry progressive jackpots. These are jackpot prizes that continue to grow anytime players play the game. The more popular the game is, the higher the jackpot climbs, until it is hit by one lucky slot fan.

T-Rex II slot carries a random progressive jackpot which can be hit at the conclusion of any game. This adds a fun and exciting element to your gaming session.

We have to admit that when we saw that another dinosaur-themed slot was being added to the industry, we were skeptical that anything fresh and different could come out of it. But we were pleasantly surprised by RTG’s new T-Rex II slot. We should have known that a game based on the original T-Rex II should be a good one, but we didn’t realize just how good. We are impressed with T-Rex II’s comfortable betting limits, its awesome graphics and great range of bonus features. We also love the addition of the progressive jackpot which really makes this game a force to be reckoned with. We highly recommend that you seek out this new title at RTG-powered online casinos.

Check out our best casino bonuses: