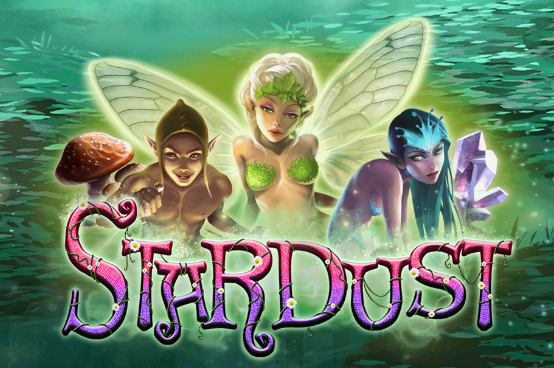 There are a number of well-known online casino software providers that are powering the industry today, and some of them have been doing this for decades now. One provider that has been among the best for 2 decades now is Real Time Gaming. It has been regularly releasing new slots that do complete justice to its reputation. The latest slot from the RTG stables is Stardust and it has all the hallmarks of a game from an industry leader: high quality graphics, fantastic animations and loads of exciting features.

Stardust is a fantasy themed slot that was released on August 22, 2018. The game has 5 reels and gives you 243 different ways to pick up wins. The backdrop looks enchanting and comes with some amazing animations of fairy lights flitting by against a luminescent green background.

PLAY STARDUST SLOT FOR FREE (NO DOWNLOAD & NO DEPOSIT NEEDED!)

Stardust is the latest slot to be released by Real Time Gaming and is available in a number of online casinos. This is a new slot, and therefore it would be pertinent to play the game for free in practice play mode – so that you get to know how the game works and all the features that are in it – before getting down to playing it for real money.

You can play Stardust in practice play mode, without having to make any deposits, right here on our website. The best thing is that you do not have to download the game; you can play it directly from the web browser you are accessing the site from. Click the thumbnail of the game on our site and the game loads for you to play. You get some dummy credits that you can use to place your bets for each spin. As you are playing in practice play mode you will not be able to cash out any winnings you score with a spin.

Stardust is a fantastic video slot that has 5 reels and 243 ways of scoring wins, as mentioned earlier. The graphics and the animations are of the highest quality and you get a superb soundtrack that perfectly complements the visuals you see and the way the features play out.

There are a range of exciting symbols in this game, including pixies, fairies, unicorns, mushrooms, butterflies, insects, gems, crystals, and grapes. The wild symbol in the game is green fairy. The wild symbol can replace all other symbols except the scatter symbol. The green fairies can come and occupy all the positions on a reel, across multiple reels to give you a chance to put together more and bigger winning combinations.

The green fairy wild symbol comes with a special feature – it can at random morph into a blue symbol before the pays are given out. The blue fairy is also wild and replaces all symbols except the scatter symbol. When the blue fairy appears on a winning combination it adds a 4x multiplier to your win.

The scatter symbol in Stardust is the willow tree. All scatter wins in the game are multiplied by the total bet amount. Scatter wins occur when you land 3, 4 or 5 scatter symbols across the reels.

Playing Stardust is very simple. Just follow the steps listed below:
1. Click the game button on our website to launch the game.
2. Once the game loads place your wagers. You can choose how much you want to wager: the minimum bet is 0.40 (minimum coin size of 0.02 across 40 paylines) and the maximum is 20.00 (maximum coin size of 0.50 across 40 paylines).
3. After placing your wager click the Spin button to get the reels spinning.
4. Once the reels stop spinning the position of the different symbols across the reels determine whether you win, and how much.

In case you launch one of the special features during the game that feature will get activated to give you a shot at more wins.

The free games feature is special because during this feature one reel is completely made up of green fairies to give you a chance to score some big wins. The free games can be re-triggered.

With its amazing graphics, high quality animations and fantastic features Stardust is a game to look out for. This brand new game from Real Time Gaming is definitely going to draw a lot of players to it. The game is relatively simple to play and the wins are easy to score. The bonus features are straightforward: you get free spins on landing a minimum of 3 scatter symbols across the reels through the Free Games feature and an additional spin at the end of a spin with the Lucky feature.

The bet range is fairly big and the fact that this game gives you 243 different ways to win means you have many chances at putting together some cool wins. This is a game that we feel you must definitely play at least once.