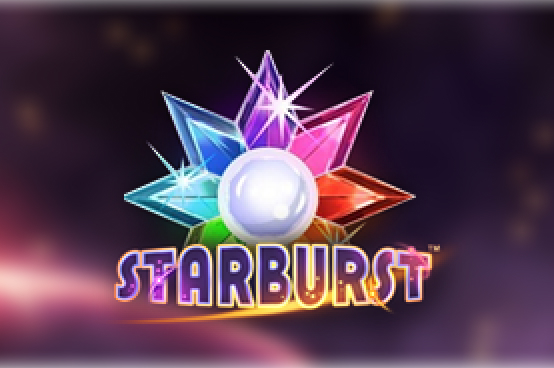 We got so used to NetEnt dazzling us with spectacular titles over the years now and whenever a game of theirs failed to reach the bar it is immediately considered a miss. Such is not the case with Starburst however as simple and straightforward as it may be. NetEnt have turned toward a stellar theme which does not exactly often a hatful of engaging bonus features, but still comes with a note of innovativeness and a creative string with Expanding Wilds and both-way paying structure. This 2016 title is a 5-reel and 10-payline slot game that is a refreshing release coming from the creative kitchen of NetEnt.

PLAY STARBURST SLOT FOR FREE (NO DOWNLOAD & NO DEPOSIT NEEDED!)

Play Starburst Slot game for free, right here on our website (No Download Necessary & No Deposit Needed). Increase or decrease your bet and change the number of lines. When you’re ready, hit the “Spin Button”. Enjoy!

Being a standard 5-reel set-up with only 10 paylines, NetEnt’s Starburst is a game perfect for casual players and beginners who could use a bit of a learning curve to gain experience before heading out to some more adventurous titles.

This cosmic theme is an eye and ear-pleasing title. With five transparent reels set deep into the space, Starburst offers a cosmically soothing soundtrack which will have you hitting that spin button feeling relaxed and tranquil.

The game controls are placed below the playing grid and, in a way, resemble a control panel from a space ship which only enhanced the entire spacey feel the game has. Symbols in the Starburst slot game include a selection of differently shaped and coloured precious stones, five of them in total with a yellow, diamond-like one being the top-valued symbol. In addition, the game also features a lucky 7 and a Bar symbol, which is the highest-paying one worth 250 coins for five of those on a payline.

The game will pay for any combination of the matching symbols that come in threes and in both ways. The fact game pays from left to right and from right to left significantly increases your winning potential regardless of the low number or paylines.

If you get fortunate enough to land a Wild anywhere on the three middle reels, it will expand fully to cover the entire reel and also to reward you with a free re-spin with the expanded Wild reel stuck in the place.

If you get fortunate enough, you might land another Wild on the two remaining middle reels and hope to land up to 3 re-spins which can significantly increase your winning potential. The Wild Re-spin feature ends when no Starburst Wilds appear during a re-spin.

Filling all three middle reels with Wild symbols for the three re-spins will let you win rather big as there is a win of up to 50,000 on offer which makes this game quite simple indeed, but rather effective as well.

NetEnt’s Starburst definitely is a game different to the slots you have played before. Visually impressive, Starburst promises a lot and seemingly fails to deliver after you take it for a spin or two. A deeper look inside this 5-reel, 10-payline game will, however, reveal a couple of hidden features that can make your playing time well worthwhile. First of all, this is a both-ways paying game which means that those paltry 10 paylines are made a good use of knowing that you can land a win from left to right and from right to left. Additionally, there is a single Starburst Wild Feature which brings up to three expanded wild re-spins and potential prizes that go up to 50,000. As straightforward as it is without free spins and multipliers of any sort, Starburst deserves your attention. Our rating: 84/100