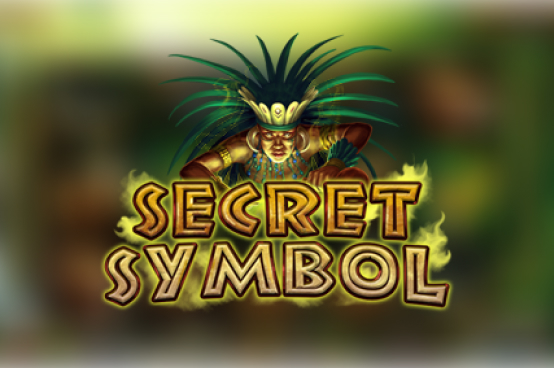 Set deep inside the jungles of South Africa, Secret Symbols is a fantastic-looking adventure slot game from Real Time Gaming (RTG). Impressive 3D visuals and sharp graphics make this 5-reel game a joy to watch, whereas it is the game’s 25 adjustable paying lines that hide all the fun. Secret Symbols, as the title itself would suggest, offers plenty of mysterious delicacies starting from re-triggerable free spins, wilds and up to 20x multipliers. Players who dare to follow the jungle trail to the mysterious beat of the drums will get in line for a possible 50,000-coin win, which makes this great looking slot a must try. .

Play the RTG Secret Symbols slot game for free, right here on our website (No Download Necessary & No Deposit Needed). Increase or decrease your bet and change the number of lines. When you’re ready, hit the “Spin Button”. Enjoy!

With a powerful waterfall on the left side of the screen and a thick tree line on the right, five reels and three rows of this adventure-style game are put against a black background occupying the centre of the screen.

Secret Symbols boasts plenty of suitable symbols for a jungle theme such as this, including a parrot, a black panther, drums, totem pole, a necklace, a snake and pyramids rested on the reels. In addition to the regular-game symbols, Secret Symbols features an Aztec Chief as the game’s Wild and a Pyramid Scatter. The great thing about this game is that it pays for a pair of matching symbols starting from left to right, which boosts your chances of landing a win significantly.

Below the reel grid you will find game controls where you are supposed to select a number of paylines and the size of your bet. There are 25 paylines to choose from, available from as low as R0.25 up to R250.

When it comes to special features and particulars about the Secret Symbols slot, they come courtesy from Aztec Chief Wild and a Pyramid Scatter.

The Chief substitutes for all other symbols and it pays at any position on the reels whatsoever, whereas the Pyramid is responsible for launching the Free Spins feature. Three or more Scatters anywhere on the grid will trigger 10 complimentary rounds, during which you will be hoping to land the Aztec Chief. Game’s Wild on reels 2 and/or 4 will expand to cover the entire reel, additionally boosting your winning chances. It needs to be noted that Scatter wins are multiplied by total bet, whereas line wins get multiplied by line bet, which makes your bonus winnings even more significant.

Additionally, following each free spin, a secret symbol multiplier will be revealed above the reels, ranging from 2x to 20x and is applied to all wins on that game. This brilliant feature can be retriggered, which means you can hope to grab as many as 20 free games.

Ultimately, the biggest selling point of this game from RTG are the two progressive jackpots, which are triggered at random after any given game. Progressive Jackpot wins will be added to other wins.

Some of the more feeble-hearted players might get discouraged by the game’s tribal drumming and a truly scary soundtrack, but trust us there is nothing to be afraid of. Secret Symbols might come with some scary-looking animals as well, but this deep jungle adventure will make it all worth for you. Wilds and Scatters, re-triggerable free spins and multipliers up to 20x are more than enough of a reason to put all of your fears aside and dig deep into the jungle. Two progressive jackpots – minor and major – are only the icing on the cake, or better yet a proper birthday surprise given the fact they are triggered at random. Secret Symbols overall is much more than what initially meets the eye and you are all encouraged to have a pop at it. Our rating: 90/100