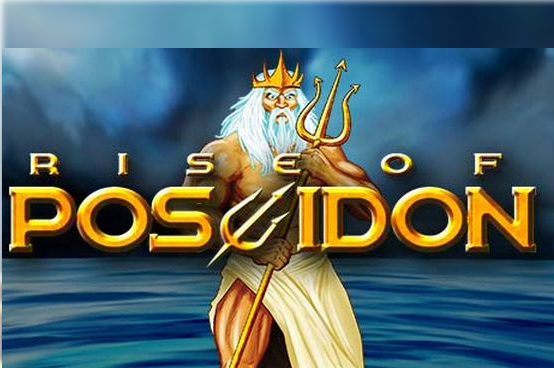 Rise of Poseidon is a Rival-powered video slot featuring five reels, three rows, and offering 30 adjustable pay lines. Playable across all devices, the 2016 release is themed after Greek mythology. Punters will be required to join a crew of fearless seamen, who have the task to discover the long-lost riches of Poseidon. The mighty god of the sea will either help you discover the most powerful treasures known both to ancient gods and men, or sink your ship, so try to get on his good side. Land at least three Trident Scatters to trigger the rewarding Free Spins feature, and make Poseidon rise from the seas and deliver Expanding Wild Multipliers.

PLAY RISE OF POSEIDON FOR FREE (NO DOWNLOAD & NO DEPOSIT NEEDED!)

Play Rise of Poseidon Slot game for free, right here on our website (No Download Necessary & No Deposit Needed). Increase or decrease your bet and change the number of lines. When you’re ready, hit the “Spin Button”. Enjoy!

The first thing punters need to do once they board the ship is pay attention to the rules of the game, which are quite simple to be honest, so you don’t have to be an experienced seadog to steer this vessel. The 2016 release is a five-reel slot with 30 adjustable paylines, which pay left to right, beginning from the leftmost reel. At least three matching symbols on an active payline are needed in order to land payouts. Before you start playing the game, set the desired coin value (R0.1-R2.5), and the number of coins you want to place per line (1-10). Betting starts at R3 per spin, while the biggest possible wager is set at R675.

On this sea adventure, spinners will come across various sea animals, like the Shark, Dolphin, Mermaid, Seahorse, Octopus, and Sea Turtle. Your Ship is also one of the high-value symbols, while playing cards are used for low-value ones. Poseidon is the Wild that substitutes for all symbols and comes with a 2x multiplier, but also is the icon that pays the most, 10,000 coins for the maximum combination. Land Trident scatters if you want to trigger the Free Spins feature.

In the 2016 release, everything revolves around the Free Spins feature, triggered by three or more Trident Scatters. If you land three Scatters, you will get 9 free spins. Four Tridents will get you 18 freebies, while all five Scatters on the reels will deliver 36 free spins. During this feature the mighty god of the seven seas will turn into an Expanding Wild Multiplier.

Expanding Wild Multipliers will only appear on reels 1, 2 and 3. Once players manage to land them, they will see Poseidon in all his glory, since he will cover the entire reel and also will add a 2x multiplier to the equation every time when he is a part of winning combination. Since Poseidon is also the symbol that pays the most, those players who are lucky enough to land all three Expanding Wild Multipliers at the same time can expect generous rewards from the gods.

The best thing about this feature is that it can be retriggered, so, in theory, gamers can expect up to whopping 72 freebies, which would really be an enormous prize from the ancient Greek deities.

We have to be entirely honest with you and say that the graphics are good, but not that good. As for the soundtrack, it matches the theme of the game entirely, and really raises the tension up as you spin the reels. We like a bit of action in our slots, so we were more than glad when we saw that the 2016 release offers some neat additions, like Wilds with multipliers, free spins and expanding Wilds with multipliers. Taking everything under consideration, we think that the Rise of Poseidon is a pretty good slot, since it offers fun, excitement and more than enough chances for big wins..