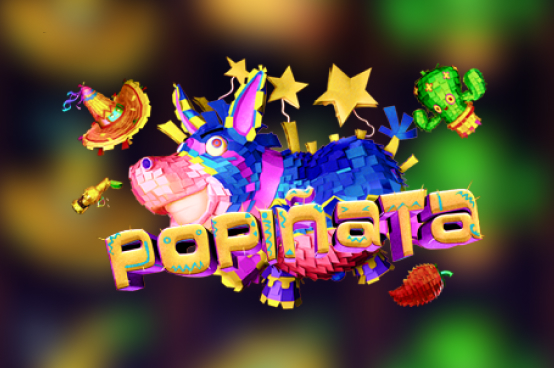 Popiñata slot game is a visually stunning publication coming from the creative kitchen of Real Time Gaming. This stunning-looking video slot boasts eye-popping 3D graphics and a Mexican-styled soundtrack that will take you straight away to the fiesta. Five reels and ten paylines of this Latin-inspired release benefit from expanding Wilds and Wild re-spins which boost your chances of landing a win. The biggest surprise of this game will hit you right from the start and as soon as you realize that Popiñata pays from leftmost to right and the other way around as well.

PLAY POPINATA SLOT FOR FREE (NO DOWNLOAD & NO DEPOSIT NEEDED!)

Play the RTG Popinata slot game for free, right here on our website (No Download Necessary & No Deposit Needed). Increase or decrease your bet and change the number of lines. When you’re ready, hit the “Spin Button”. Enjoy!

Popiñata slot game features five reels and 10 adjustable paylines you can activate during your spins. A hit on the reels will cost you from R0.1 up R1 per line which makes for the maximum wager of affordable R10.

This RTG’s game is a unique tribute to Mexican tradition and universally known and appreciated piñata. Symbols on the reels are presented as different types of piñata coming in the form of a cactus, bottle, guitar, pepper, and a firecracker, which are the high-paying symbols on the grid. Donkey piñata is the key symbol in the game seeing that it acts as a Wild.

Popiñata slot will reward you with a win every time you land three or more matching symbols on one of those ten adjustable lines. Push the line selection button to the maximum and enjoy the greatest available number of winning combination for more fun. The most exciting thing about this game is arguably the fact it pays both ways.

RTG’s Popiñata release revolves around the Donkey Wild symbol. The bluish piñata acts as a Wild appearing on symbols 2, 3 and 4, when it substitutes for all other symbols on the reels. You will be glad to see the Donkey Wild land on your reels as it expands to fully cover the reel at the same time activating the Wild Re-Spin feature.

Whenever you land one or more Donkey Wilds on the reels, a Wild Re-Spin feature will be triggered to boost your chances of hitting the big win. All reels containing the expanded Donkey will be held while others go through one re-spin. If you get lucky enough to hit another Donkey during the re-spin, both of the Wilds will be locked in place for another round on the reels.

Popiñata truly is an amusing title which comes with great visuals and a thrilling soundtrack. In terms of aesthetics, this game is up with the best in the industry, but slot lovers who have a particular knack for somewhat more engaging games could be rather disappointed when they find out that Popiñata does not come with Scatters, Free Spins or any other in-game bonuses for that matter. The lack of always intriguing multipliers is another problem with the game.

Popiñata might be one of the most beautifully designed games we have seen recently and its great graphics are clear testament to RTG’s dedication to create a wonderful game. The fascinating 3D look to the game has you feeling as if you are inside it and within a touching distance of all the beautiful piñata hanging of the translucent reel grid.

However, the game lacks playing depth and a cutting edge which would have been much more distinguished had the game developers decided to include more features. The top prize is not something to be proud as well, since we find 250 coins to be quite a low offering for a game of this caliber. A simple Free Spins bonus would have improved the overall impression significantly, where a multiplier or two would definitely be the icing of this Mexican delicacy. Our rating: 78/100