Legend of the Nile Slot Game 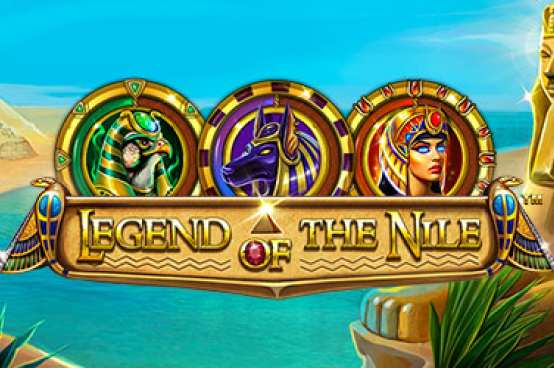 Legend of The Nile Slot Summary

How about taking a trip to the Nile valley and discovering the hidden riches of Ancient Egypt? That’s exactly what you can do with the Betsoft 2017 title Legend of the Nile which will impress you from the moment you launch it. The slot is played at 6 reels and the same number of rows and all you have to do to win a prize is to create clusters, as simple as that. The reels populated with icons resembling tiles with theme-related symbols on them are set against a beautifully drawn background featuring the Nile, pyramids and Sphinx. On the reels you will also meet the Egyptian gods Ra, Anubis and Isis that will make you glued to the screen with their powers to award large payouts and lucrative free spins. The maximum payout you can win stands at 112, 270 coins, but if you are lucky enough, you can also hit a progressive jackpot.

PLAY LEGEND OF THE NILE SLOT FOR FREE (NO DOWNLOAD & NO DEPOSIT NEEDED!)

Play Legend of the Nile Slot game for free, right here on our website (No Download Necessary & No Deposit Needed). Increase or decrease your bet and change the number of lines. When you’re ready, hit the “Spin Button”. Enjoy!

To play Legend of the Nile you have to pay at least 30 coins per spin, but you can wager up to 150 coins per spin as well. The coin value ranges between R0.20 and R10, so the game is playable from only R6 while a stake can go all the way to R1,500 per spin. The game features a standard Betsoft control panel with Spin, Autoplay, Max Bet and Double up buttons included. The high-value symbols are depicted as the pharaoh and scarab beetle while the eye of Horus, Ankh, bird, flowers and water symbols constitute the lower ends of the paytable. Land at least 4 symbols of a kind on adjacent positions to form a cluster and you will win a prize.

The game benefits from the Exploding Wins feature which makes all the symbols included in a winning cluster disappear from the reels. In a respin, new symbols will fall into their place to provide you with an additional chance of winning. Throughout the game Pyramid Wild will help you create more clusters by substituting for all regular symbols. It also pays on its own and is the most valuable icons awarding 6,000 coins for a cluster containing 20 or more identical symbols. Other three special symbols are depicted as Ra, Anubis and Isis and they contribute to the trails on the left side of the reels whenever they appear. Ra is the most powerful of them as this icon triggers free spins and pays a 400x your total bet prize. When you collect 20 Ra symbols in a single spin, you will hit the progressive jackpot. Keep in mind that the Ra Power Bar resets after each spin. When it comes to Anubis and Isis, they can pay up to 5,000 during the base game. These symbols contribute to the respective trails between spins until the free spins feature is activated. During Anubis and Isis free games, they pay up to 20,000 and 15,000 coins respectively.

If you are an adventurous person, look no more as Legend of the Nile will provide you with a one of a kind gaming experience. With the Cluster Pays mechanics, you will rarely see dead spins while the innovative bonus features will boost your winning chances and bankroll substantially. It may take time till you trigger them, but it’s worth trying as you can unlock loads of free spins, higher payouts and even the progressive jackpot. Play the Betsoft 2017 release from the comfort of your home or on the go and you can win up to 112,270 coins in a single spin. Our rating: 92/100