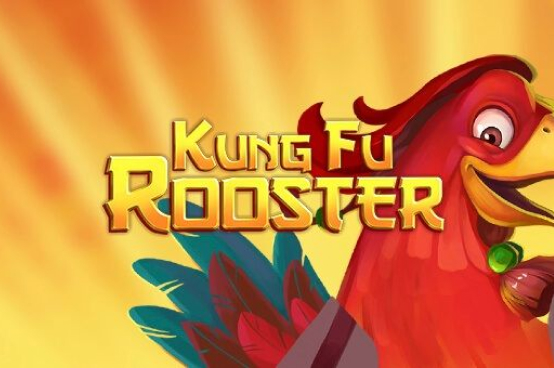 In the Chinese horoscope, the Rooster symbolizes fortune, luck, and protection. This brave animal served as an inspiration to the RTG developers to create the online video slot Kung Fu Rooster. The 2017 slot release celebrates the Year of the Rooster in Chinese culture. South African players can enjoy the game boasting elaborate graphics and smooth animations at RTG-powered casinos and win up to 50,000 coins in a single spin. Our new friend Rooster practices Kung Fu, so you may be surprised by all its powers. What you can be sure about is that it will count for all the symbols you miss to create a winning combination. His friend Monkey will trigger the bonus game awarding up to 25 free spins with increasing multipliers.

Play the RTG Kung Fu Rooste slot game for free, right here on our website (No Download Necessary & No Deposit Needed). Increase or decrease your bet and change the number of lines. When you’re ready, hit the “Spin Button”. Enjoy!

Kung Fu Rooster is a 5-reel 12-payline online video slot. It comes with adjustable paying lines, so you can easily decrease the number of paying lines you will play at. Once you have set the preferred number of paylines, adjust your stake to your preferences and set the reels in motion. You can do it by pressing the Spin button or by activating automatic spins. The reels are a home to the symbols depicted as the lotus flower and Yin Yang, which are high paying icons, and playing card symbols resembling Chinese letters. To win a prize you need to align at least three symbols of a kind along an active paying line in succession starting from the leftmost position.

The slot features two special symbols, Wild and Scatter. The Rooster stands for Wild and substitutes for all regular symbols thus helping you form more winning combinations. The Monkey is Scatter and as soon as you land 3 or more Scatters on the reels, you will trigger the bonus game. In the bonus game up to 25 free spins can be won. The biggest attraction of the game is the Fire Claw Multiplier feature which can be active during free games. The multiplier will increase on each spin, starting with 1x on the first spin.

The Kung Fu Rooster slot looks good and you will enjoy its appearance if you like the slot machines that are inspired by Asian culture. However, when it comes to the gameplay and functionality, we are not that impressed. With only one bonus game offering free spins, the RTG online video slot is just a mediocre release. The only feature that makes this game really worth playing is the increasing multiplier which can go up to 24x. The Fire Claw Multiplier feature can boost your bankroll, so give Kung Fu Rooster a try. If you are lucky enough to trigger the bonus game and create winning combinations while playing at 12 paying lines, you can hit some big wins from the comfort of your home or on the move. Our rating: 82/100