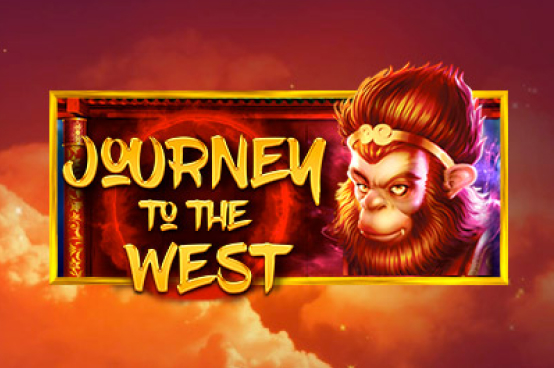 Journey to the West is another high-quality slot title from Pragmatic Play who has made sure to invest a great deal of attention into making this game as visually appealing and as engaging as possible. Journey to the West’s bright colours and soothing soundtrack take you on through a traditional Chinese theme, where historically recognizable characters await to change your fortune with some rewarding wins. A 5-reel title with 25 paylines to benefit from, Journey to the West is a lucrative slot which has no less than 10,000 coins to offer for the luckiest of players who can benefit from a number of interesting features which include stacked symbols, free spins, multipliers and much more.

PLAY JOURNEY TO THE WEST FOR FREE (NO DOWNLOAD & NO DEPOSIT NEEDED!)

Play Journey to the West Slot game for free, right here on our website (No Download Necessary & No Deposit Needed). Increase or decrease your bet and change the number of lines. When you’re ready, hit the “Spin Button”. Enjoy!

There is a classic ancient Chinese tale behind the theme of this Pragmatic Play’s slot title, which brings forward well-known characters such as Sha Wujing, Zhu Bajie, Xuangzang and Sun Wukong, two of which are the Monkey King and the Pig King.

Placed on a traditional Chinese-style building there is a 5×3 playing grid filled with other oriental elements, which include 4 low-value letters in addition to aforementioned characters which are, quite expectedly, some of the high-valued symbols in the game.

The game rewards for symbol combinations which include at least three lettering symbols on an active payline, whereas the character symbols will grant you a win for merely a pair, which is aimed to increase your winning potential. Wins are achieved from left to right, as is standard with most of the slot games around.

Game controls in the Journey to the West are placed inconspicuously below the reels, where you can select the value of your bet by choosing the right coin value and a number of coins you wish to stake per line. Coin value starts at R0.1 and goes up to R5, whereas you can go up to 10 coins per spin. This, however, will see your total bet hit the R1,2350 mark, which will be more than enough to price a couple of players out.

Apart from all of the symbols we mentioned above, there are two more symbols that actually are arguably the most important ones in the game. A jade round symbol with the word Wild written on it is, obviously, a Wild. It is worth 4,000 coins and replaces for all other symbols bar the Free Spins Scatter.

You need three or more Scatters anywhere on the reels to be rewarded with 5 free spins, which are the only bonus round in this game. Every time you get additional three Scatters during the free spins round will grant you additional three complimentary turns. At the beginning of each Free Spins Round, players will be presented with a choice. You have to select one of the five options to go by, which then determines the amount of the multiplier that will be applied during the bonus round.

Wild symbol is worth 1x, the Monkey King applies the 2x multiplier whereas other three character all push the multiplier value up by one. The bearded gentleman is the top multiplier with 5x on offer. What is more, each option available has a different reel set with your chosen symbol becoming stacked, which only enhances your overall winning potential.

Journey to the West from Pragmatic Play is a feast for eyes and ears, but it much more than a pleasing appearance. This 5-reel, 25-payline slot game will boost your excitement through a selection of stacked symbols during re-triggerable Free Spins feature which also come bearing a multiplier worth up to 5x. this medium to high variance game is an unpredictable feature, which deals with an actual piece from the Chinese history and folklore. Pragmatic Play has certainly done more than enough to create a worthy tribute to a Chinese classic and you are all encouraged to have a pop at it yourselves. Our rating: 88/100