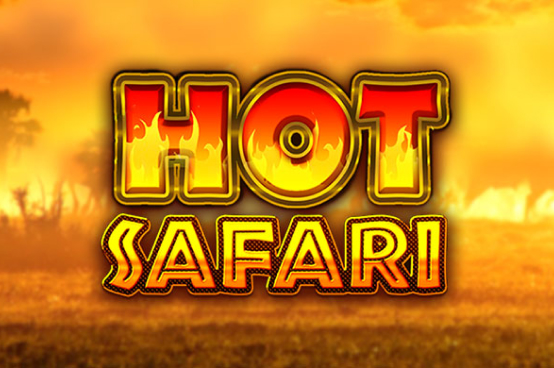 Prepare yourselves for a sizzling trip to the plains of Africa with the wild animal-themed slot game called Hot Safari. This Pragmatic Play’s 2016 title is not your classic 5-reel engine. The game’s creators decided to spice it up with the sixth reel that is there to simply boost your winnings with up to a 10x multiplier. Super Wild Bonus feature will reward you with a respin and a wild on each reel, whereas there are up to 20 free spins on offer with that 10x multiplier in action again. Hot Safari offers some hot rewards as players can ideally hope to land a payout worth up to 4,000x the stake on every single spin.

PLAY HOT SAFARI FOR FREE (NO DOWNLOAD & NO DEPOSIT NEEDED!)

Play Hot Safari Slot game for free, right here on our website (No Download Necessary & No Deposit Needed). Increase or decrease your bet and change the number of lines. When you’re ready, hit the “Spin Button”. Enjoy!

Pragmatic Play have built their name and reputation by creating some rather great-looking slots. Pragmatic Play’s titles are rich in that old-style Las Vegas feel but still have a dose of modern and contemporary in their apparel. Such is the case with the Hot Safari slot as well, since there is a reel-grid slapped against a sunlit backdrop of the African savanna with classic and utterly recognisable symbols in the centre of it all.

Lower value playing cards are joined by a couple of African wild animal which include meercats, gazelles, zebras, rhino and elephants which coincidently are the top-paying icons worth 400 coins for five on a payline. You do not need all five symbols notched up to grab a win as this game will pay for the combination of three matching icons. The game pays from left to right in a usual and commonly-spread slot system.

A lion is the Hot Safari’s wild symbol. Together with the elephant, this symbol is also worth 400 coins, but it does much more to help you win bigger. Once you manage to land it in the centre position on any reel, Wild will expand to fill all three positions on the reel.

A Super Wild Bonus is another sensational feature of this game which gets initiated once the Super Wild symbols lands on the sixth reel. One wild will be added on each of the five reels in random positions during this bonus and if it lands in the centre position you know by now that it will expand to fill an entire reel.

There is no need to mention that top prize worth whopping 100,000x line bet is guaranteed if you manage to land five Wild symbols on all five central positions and in a combination with a 10x multiplier on the sixth reel.

Hot Safari slot game also offers unlimited amount of Free Spins. Monkey Scatter will reward you with the initial batch of 10 free spins for 3 scatters in a row, but given the fact this feature can be retriggered, you can win more spins every time you repeat the process during the feature itself.

Hot Safari is an action-packed slot title from Pragmatic Play. You will not have time to rest and relax thanks to multipliers which keep rolling with the sixth reel on the screen. Universally loved Free Spins are here to provide some classic fun, whereas it’s the Super Wild Bonus feature that will send the adrenaline racing and blood pumping with multiple wilds on the middle row turning stacked and up to 10x multiplier laying a solid ground for some rather rewarding payouts. It is all packed and wrapped in with an impeccable graphical layout so we have no dilemma that you will be enjoying this relatively straightforward, but particularly engaging title. Our rating: 91/100