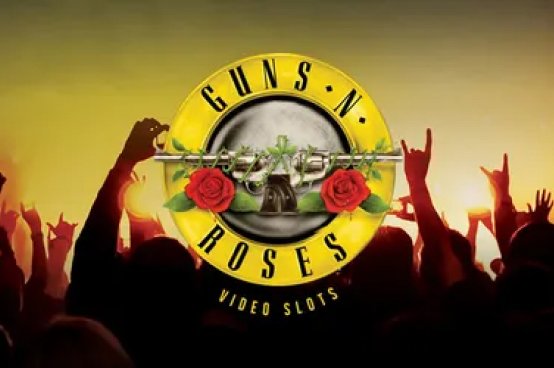 Based on one of the most successful and popular rock bands in the history of music, Guns N’ Roses needs slot little introduction to its topic. This particular title is only one part of NetEnt Rocks series which this company produces to celebrate 20 years of innovation. As a branded and fully licensed title, Guns N’ Roses features the most recognizable characters of the band – Axl Rose and Slash – who rock and roll with some of the iconic song titles on the slot’s playlist. In addition to looking and sounding great, Guns N’ Roses is a game that features no less than 5 different features which makes it eternally interesting and engaging.

Play Guns N’ Roses Slot game for free, right here on our website (No Download Necessary & No Deposit Needed). Increase or decrease your bet and change the number of lines. When you’re ready, hit the “Spin Button”. Enjoy!

Five reels and three columns of this gem of a game from NetEnt are situated at a stage, providing you with a beautiful concert-like view.

Symbols on the reels include a selection of rose-decorated classic playing card symbols – from 10 to A – which are lower denominations. Also in the game you will find two guitar picks and band members symbols with Axl Rose being the most rewarding one, worth 700 coins for five in a payline.

The game pays from leftmost to right and you will need to land at least three of a kind on a payline in order to win. In addition to regular symbols, this brilliant game also features a Guns N’ Roses Wild symbol which substitutes for all other symbols, except for a Scatter, and expands to cover the entire reels. A bonus Wheel is there too, responsible for three bonus feature that will be explained below.

The action starts with the Appetite for Destruction Wild. If you land a cross-shaped symbol acting as a Wild and as an overlay symbol on reels 1, 2, 4 and 5 it will help you collect massive wins.

The Legends Spins random feature is next to offer three re-spins with one or two stacked Wilds on the reels. The Wild appears on reel 3 during the first re-spin, whereas it is reels 1 and 5 that become fully stacked with wilds. Ultimately, the remaining two reels – 2 and 4 – get stacked on the third spin to increase your chances of landing some exciting wins.

One of the nice little twists to this game is a Solo Multiplier, a feature activated at random to reward you with multipliers starting from 4x up to 10x to a winning bet line. Together with Bonus Wheel coin prizes, it is a nice spin to the game’s regular features which are in abundance.

Next up is the Encore Free Spins which is triggered by bonus symbols on reels 1, 3 and 5. You will get ten free spins to benefit from with a band member appearing as an overlay stacked Wild for the duration of that free spins. This free spins feature cannot be re-triggered.

Ultimately, we have the Crowd-Pleaser Bonus which in its own right is a three-mode feature. The first level is a classic pick me style with each pick giving you cash prizes. There is also a free spins symbol and a +1 pick symbol which can grant you with another batch of 10 free spins or up to 800 coins for a cool win.

There is not much to say about the Guns N’ Roses slot game from NetEnt. Words can’t do justice to this impressively beautiful, action packed game which at times can take you through more features and game options that your mind can process. It is a bewildering experience overall, much to the similarity of this iconic band’s concerts. With your favourite Guns N’ Roses songs playing in the background it is hard to remain focused as you go through Legend Spins, Solo Multiplier of up to 10x your line win, Appetite for Destruction Wild, Encore Free Spins and a Crowd-Pleaser Bonus Game which is intended to take your playing experience to a whole new level. To conclude it, NetEnt have created a truly remarkable game which is a great tribute to the iconic American band and Guns N’ Roses slot is also a great way to mark the company’s anniversary. A success overall. Our rating: 94/100