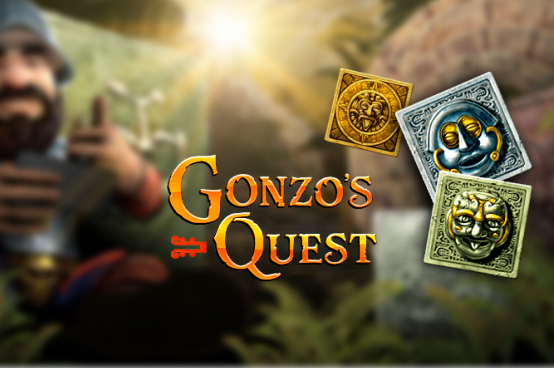 Gonzo’s Quest might be described as a revolutionary slot game that marked NetEnt’s steady and unstoppable rise to prominence. Ever since it was first released in 2010, Gonzo’s Quest has been dazzling slot enthusiasts around the planet who just can’t seem to get enough of it. It was truly a groundbreaking title back in the day with its unique and innovative Avalanche Reels, increasing multiplier, and Free Fall Free Spins. In addition to being packed with all of every gamer’s favourite features, Gonzo’s Quest is a remarkably good-looking title that features cutting-edge graphics and engines. Having introduced the conqueror Gonzalo Pizarro and his search for the lost city of gold, Eldorado, NetEnt has created an icon – Gonzo – and a legend that still lives today, seven years later.

Play Gonzo’s Quest Slot game for free, right here on our website (No Download Necessary & No Deposit Needed). Increase or decrease your bet and change the number of lines. When you’re ready, hit the “Spin Button”. Enjoy!

Gonzo’s Quest brings the vintage jungle look onto the screen with five reels set deep inside the jungle and filled with classic, stone-carved symbols which include tribal representations of certain animals and deities. There is a total of seven symbols on the reels which will pay once notched in sequence of three matching symbols on an active payline. The wins are achieved from left to right.

In addition to the standard base-game symbols, the game also features a question mark for a Wild and a glowing Free Fall symbol, which is responsible for the Free Falls feature we’ll discuss later on.

Game controls are situated below the reels very cleverly and inconspicuously, without ever intruding your play. Of course, Gonzo will keep you company on the left of the reels and will celebrate together with you as you go on notching the winning combinations.

Not exactly a special feature anymore, with the word anymore being a key word in this sentence, Gonzo’s Quest introduced the Avalanche Reels for the first time in the online slot world. You might recognise them as dropping reels now, but it was NetEnt who first thought of the idea of symbols falling from above instead of the reels spinning in classic manner.

The Mayan-themed symbols will explode and disappear from the reels once you hit a winning combination as other symbols fall from above to fill in the blank spots. Every time this happens, the multiplier meter placed to your top right corner will go up from 1x to 2x, across 3x up to 5x. This basically means you can get a maximum 5x multiplier on every spin you win at.

The only special feature as such in this game is called the Free Bonus feature. Three Free Fall scatters on consecutive three reels will launch this feature that rewards you with 10 free spins – well, falls. During these falls, the multiplier meter will have changed now boosting your potential score to 3x, 6x, 9x and 15x. You can ideally hope to land free falls with a maximum 15x multiplier which significantly boosts your chances of finding that hidden gold for Gonzo and yourselves.

Extremely popular in Europe, NetEnt’s Gonzo’s Quest has gained a cult status over in the United Kingdom. This medium to high variance slot title might seem simple from this point in time, but it was a vanguard title back in 2010 when it first came bursting onto the scene. With it revolutionary Avalanche Reels and symbols dropping from above instead of spinning and rolling, Gonzo’s Quest was predetermined for success. Not only that, this slot has marked the beginning of a new era in the slot universe, singlehandedly reshaping the future of the gaming industry. Therefore, this game deserves utter respect. . Our rating: 96/100