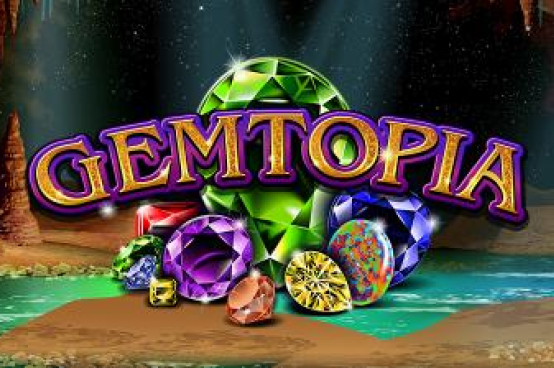 Jewels and gemstones have been very popular when it comes to slot machines ever since. Aware of that fact, RTG, one of the most reputable software developers, released in August 2017 the 5-reel 15-payline online video slot crowded with all kinds of precious stones. With appealing design and an intriguing music score, Gemtopia will provide you with an enjoyable gaming experience thanks to both its aesthetics and functionality. Not only that you can create winning combinations both ways, but you will also benefit from re-spins with sticky expanded Wilds and free spins with additional winning chances. There is the maximum payout of 50,000 coins up for grabs in a single spin, major and minor progressive jackpots and bonus instant prizes waiting for you within the free spins feature on top of regular payouts.

PLAY GEMTOPIA SLOT FOR FREE (NO DOWNLOAD & NO DEPOSIT NEEDED!)

Play the RTG Gemtopia slot game for free, right here on our website (No Download Necessary & No Deposit Needed). Increase or decrease your bet and change the number of lines. When you’re ready, hit the “Spin Button”. Enjoy!

The Gemtopia slot uses 5 reels and 15 adjustable paying lines. You can decrease the number of active paylines, but by doing so you will decrease your odds of winning. Instead of deactivating paying lines, try to adjust the bet to your budget. The reels are populated only with gems of different values, so visit the paytable to learn all about prizes they deliver. You will win as long as you land identical symbols along active paying lines in succession left to right and right to left. Besides the Spin button, on the control panel you will also find the button you can use to increase the speed of the reels and the Autoplay option. On top of regular payouts, you can win one of two progressive jackpots on each spin, winning or losing.

Gemtopia benefits from two bonus features triggered by Wilds and Scatters. Both Wilds and Scatters appear only on three middle reels. When Wild hits the reels, it spreads to cover all the positions on the reel and awards a re-spin during which it stays in its place. You can win up to 3 re-spins in a row by landing new Wilds during the feature. As soon as 3 Scatters appear at the same time on the reels you will get 15 free spins. That’s not all as during free games you will also benefit from Wild Re-Spins. In addition, another special symbol is introduced during the feature. Land 3 Bonus symbols on the reels during free games and you will win 3 extra free games and up to 1,000 coin instant prize per triggering gem.

Gemtopia is an entertaining online video slot which combines several bonus features available in other RTG games thus providing players with a familiar yet refreshing gaming experience. The theme of the game is nicely incorporated and the overall appearance of the game is quite enjoyable. Give it a try on your PC, tablet or smartphone and you can cash in some nice payouts thanks to its rewarding bonus features. You can win both ways throughout the game and, what’s more, there are two progressive jackpots waiting to be won, so hurry up as you may be the next winner. Our rating: 85/100