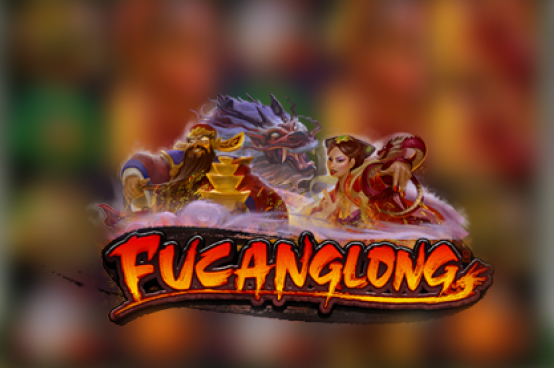 Fucanglong slot game from Realtime Gaming was named after a famed treasure dragon coming from Chinese mythology. The title of the game epitomizes this 5-reel slot title perfectly, as the most fortunate of the players can hope to land truly rewarding prizes. Fucanglong promotes an all ways to win paying structure which enhanced the winning possibility, whereas the biggest treat in the game comes in form of three different bonus modes which will reward you with up to 888x the bet. From the visual point of view, Fucanglong is exactly what you’d expect from an Oriental theme. Red and jade shades prevail in this slot title rich with recognizable Chinese symbols.

PLAY FUCANGLONG SLOT FOR FREE (NO DOWNLOAD & NO DEPOSIT NEEDED!)

Play the RTG Fucanglong slot game for free, right here on our website (No Download Necessary & No Deposit Needed). Increase or decrease your bet and change the number of lines. When you’re ready, hit the “Spin Button”. Enjoy!

Fucanglong is sure to bring good fortune to all of those who dare to try it. Or that’s at least what the ancient Chinese proverb says about this treasure dragon who is presented as a visually stunning white-eyed dragon with a white mane flying in the wind. It appears on reels 2, 3, 4 and 5, replacing all other symbols except for Scatters.

And while we are at Scatters, there are two of them. The first one is a Dragon’s pearl locked inside the dragon’s claws, whereas the other is represented as a Dragon Mountain. Other symbols include God of Wealth and Dragon Mother as the two high-paying symbols and a collection of gold and silver coins, treasure chests, and a toad. Notching two of a kind is enough to earn you a win with high-paying symbols, whereas you need at least three lower values for a win in this 1,024 ways to win slot game.

We will start from the Dragon Mountain Feature which will reward players with 8 free games once 3 or more Dragon Mountain Scatters land anywhere in sight. Free Spins can be retriggered anytime during the feature itself, when 3 more games will be added and the prize multiplier will be boosted by 1 – going all the way up to x8. Dragon Wild plays an important role in this feature as it will become expanded if the feature gets triggered by 5 or 5 scatters.

The Dragon Pearl Feature promises another batch of 8 free games once at least three Dragon Pearl Scatters appear on reels. Each pearl hides a mystery win value which goes from 3x to 88x the triggering bet. The value is revealed after eight free games and if your win does not reach the pearl value, then the Fucanglong Feature will be activated to help you win more.

The third feature in the game brings extra games to the table with players rolling the reels until the total feature win reached the Pearl value. Extra free games increase the Pearl value which can go up to whopping 888x the triggering bet. What is more, any Dragon appearing during this feature will become expanded which additionally enhances your winning chances.

Graphically impeccable and as visually appealing as any other RTG’s title, Fucanglong truly is something different than what we got used to seeing from Realtime Gaming. Action-packed slot game with no less than 3 different bonus features which are interactively trying to help players achieve as bigger wins as possible is not to be missed. It comes with a Chinese theme and we know that a subject that exploited can be a major put-off, but it really is not the case with Fucanglong. Beautiful and engaging, this 5-reel slot with 1,024 ways to win is a full package. Our rating: 89/100