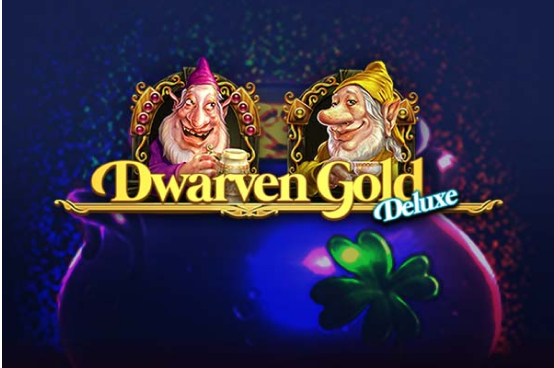 It’s party time with one of Pragmatic Play’s latest titles called Dwarven Gold Deluxe which follows the adventures of four drunken elves who drink their way through to the treasure in a magical miniature world. What we have before us is a beautifully designed 5-reel and 25-payline video slot which benefits from dynamic wilds being added on three middle reels during the one and only bonus feature in this game – free spins feature. There is a chance to stack the wilds 14-symbol high and win a fixed jackpot worth 1,000 coins, which makes it more than enough of a reason to go out and try this joyous slot title.

Play Dwarven Gold Deluxe Slot game for free, right here on our website (No Download Necessary & No Deposit Needed). Increase or decrease your bet and change the number of lines. When you’re ready, hit the “Spin Button”. Enjoy!

A fairytale subject is the centrepiece of the Dwarven Gold Deluxe slot and a quartet of drunken elves who are main characters and the high-paying symbols at the same time. In addition to four tiny men, the game also features a treasure chest which is the most valuable symbol.

Five of these treasure symbols will reward you with the top prize of 1,000 coins, but do not think this feat will be easy to achieve. In addition to elves and the treasure chest, Dwarven Gold Deluxe also features some classic playing cards symbols on the reels. Starting from 10 up to A, the five symbols are the low-value denomination worth up to 150.

The game pays from left to right which is how most of the slot games are set up and you need at least three of a kind on a payline to land a win.

An exploding pot of gold is the game’s Wild, a symbol that substitutes for all other symbols bar the butterfly Scatter. The Scatter appears only on reels 2, 3 and four and it is responsible for triggering the Free Spins bonus.

The number of spins on offer in this bonus feature is seven. During the free spins three new scatters will not re-trigger the feature, but they will reward you with a coin prize worth 20x your total bet. Also during the free spins feature two wild symbols will be added on the middle reels (2, 3 and 4) and will remain on those reels throughout the Free Spins round.

By the end of the feature you can ideally stack 14 symbols high wild structure on the three middle reels which significantly boost your chances of landing a full set of wilds on a reel or more of them.

Dwarven Gold Deluxe slot unfortunately comes with nothing more than this single free spin feature. In all honesty, it does includes dynamically added wilds dropping from above the reels to help you win better prizes, but a couple of multipliers of sort would have been a nice addition to this game that can be accessed with a bet of minimum R2.5 for coin value of as low as R0.01.

Pragmatic Play have invested great effort to make this game as visually appealing as possible. And it truly is a nice-looking game with 3D animated characters that come to life any time you hit a win. However, this game’s creators could have done much more to make it gameplay-wise more appealing and exciting. Dwarven Gold Deluxe is quite a simple and straightforward slot game which benefits from a paltry 7-spin free spins bonus round without any multipliers to add to the excitement. The free spins does come with stacked wild on multiple middle reels and it does help improve the overall impression with this game. Our rating: 73/100