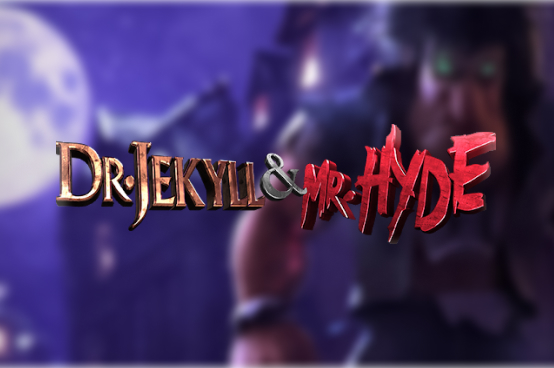 Betsoft’s 5-reel and 30-payline slot version of Dr. Jekyll & Mr. Hyde, the classic novel written by Robert Louis Stevenson, is a high-quality 3D presentation which comes with some impressive bonus features and yield whopping payouts. What we have here is an interactive screenplay featuring a Free Spins mode and two bonus rounds which is more than enough to keep you entertained throughout. This slot deals with a popular subject from classic literature, the one that over the years become one of the most exploited themes in the entertainment industry. With a well-known theme in the epicentre, Dr. Jekyll & Mr. Hyde is bound to attract a wide audience.

Play Dr. Jekyll & Mr. Hyde Slot game for free, right here on our website (No Download Necessary & No Deposit Needed). Increase or decrease your bet and change the number of lines. When you’re ready, hit the “Spin Button”. Enjoy!

Two main characters of Dr. Jekyll and Mr. Hyde are presented in modern-day 3D outlook which makes the game utterly realistic compared to other slot games which lack the interactive edge. Set inside Dr. Jekyll’s laboratory, 5 reels of action will involve the doctor himself in a truly engaging manner.

High-end visuals are joined with eerie soundtrack, fitting for a science fiction classic. Symbols on the reels also include Hyde Logo, the police, a lock and a key, Dr. Jekyll’s house, a fireplace, newspaper, a book and two different coloured bottles of potion. Doctor and Mister are the two highest paying symbols, which will reward you with up to 6,000 coins for five in a row. You only need three matching symbols inside a payline to land a win, from left to right.

After any win in the game you get a chance to Double Up the prize, through a popular Gamble feature Betsoft simply adore. Choose between Heads or Tails during a coin toss and double the initial prize if you get it right. This is quite a nice little feature to top-up your wins.

Between the game controls placed above the reels lies a potion meter which gets filled every time you land a red potion appearing in base game. Once you fill the meter up, the game will reward you with Free Spins. During these complimentary rounds, a meter can be filled again, this time with a blue potion. The Free Spins end once you manage to fill in the meter with that blue liquid.

Red and Blue Potion symbols landing on each side of Dr. Jekyll and Mr. Hyde symbols on reels 2 and 4, respectively, will turn the two main characters wild. With Dr. Jekyll Wild feature, all of the elements of the reels will go crazy, randomising and swirling into new locations. As for Mr. Hyde Wild, it will reward you with a special bonus worth up to 20x your bet. What is more, a random multiplier will be awarded ranging from 5 to 20x your game bet, which is a great way to top up your balance.

This is far from all, as Dr. Jekyll & Mr. Hyde also features two bonus modes.

Mr. Hyde symbol in combination with the Logo symbol and another Mr. Hyde in combination on reels 2, 3 and 4 will initiate the Frenzy Bonus. This is where you get to choose to go left or right, roaming the streets of London, stealing and avoiding police officers for a possible loot worth 66x your game bet.

The same combination but with Dr. Jekyll on each side of the Logo will activate the Potions Bonus. You get to select the elements to craft the perfect anti-monster serum. The faster you get to find the right ingredients, the bigger the prize you’ll get. There is up to 160x the game bet to be won.

Dr. Jekyll & Mr. Hyde slot game from Betsoft as a title worth the stature of this literary classic. Starting off from striking visuals and high-definition graphics which include the animated, cinematic experience of Dr. Jekyll walking around his laboratory and around your reels this 5-reel slot is enough to dazzle you even before you hit the spin button. Once you get inside it, you will come to realisation that this slot is one action-packed title. Engaging Free Spins which begin and end once you fill up the potion meter situated below the reels are only a small part of all the fun involved in this game. The two enticing bonus features will truly delight you as you go through engaging in-game modes to collect some potentially whopping payouts. Our rating: 95/100