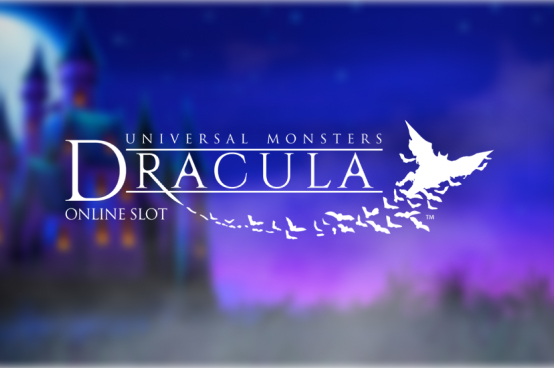 October is an important month for the world, including the online casino industry and its players. It is the month of Halloween and the perfect opportunity for online casino software providers to launch new games themed on the dark side. There are countless providers who have launched such slots during October over the years. This year saw the release of a very special slot to celebrate this month by a very well-known provider: the game in question is Dr. Acula and the provider is Rival Gaming.

Rival Gaming has been around since 2006 and in the time it has been around it has made a name for the high quality of its software and the game offerings. Dr. Acula is the latest example of why this provider is considered to be among the best around. The game looks fantastic and plays just as good.

Dr. Acula is a brand new slot of the highest quality from Rival Gaming. You get to play this game currently in quite a few online casinos. You will of course want to play it for real money as that play mode gives you a chance to make some money while playing the game. However, as we discussed earlier, the game looks and plays slightly different than most slots around. One way of getting used to the game is to play in free practice play mode.

Dr. Acula is a brand new Rival slot that is themed on that most popular and celebrated lord of the twilight world of vampires: Count Dracula. There have been a never-ending line of movies and television series made on him and there have been a number of games as well. It would possibly have been just a little too much to see the same guy in the same role doing things the same way all over again. That is where Rival’s approach to developing this game is such a refreshing change.

The basics are the same, of course: this is a slot and so has the usual reels and paylines. Where things get interesting is in the depiction of Dracula himself: it is new and unlike what we have seen elsewhere at any time. The game has 3 reels and 5 flexible paylines; where it goes into new areas is in the game design itself and the fact that you can win big with absolutely no jackpot or even bonus rounds. And you can win quite often too. But more of that later.The protagonist is the good old Prince of Transylvania in an unusual avatar – Dr. Acula who along with his assistant, a zombie nurse, works on human beings giving them generous transfusions of blood. The red and black color scheme works very well in highlighting the macabre aspect of the game. And of course there is the background, a forbidding stone wall, to give it an eerie look and feel.

The symbols back up the overall look and feel of the game perfectly. There is blood everywhere: in the test tubes, the syringes and the plasma packs too. You also find the number 7 in three different colors: grey, green and gold.

Coming back to the game design itself, the game looks radically different from other slots because the paytable with the symbols and how much they pay out are depicted right on the screen. This is one game where you do not need to click any button or icon to learn about how the game plays out. This layout also tells you another very important thing the moment the game opens up on your screen: there are no bonus rounds and jackpots to pick up. Everything on the paytable fits on the screen itself directly only because there is not too much to showcase by way of data.

There are multipliers of up to 3x for each combination of symbols. What makes this game fascinating to play is the simplicity associated with it. You don’t necessarily have to land the same symbol – or a combination of them and the Dr. Acula symbols – across the 3 reels to score a win. You also win by landing similar symbols, for instance a combination of the test tube rack, the syringe and the plasma bags – the common element in all of them is the blood – to score a win.

The Dr. Acula symbol acts as the wild and replaces all the other symbols in the game for wins. It also acts as a jackpot symbol to give you the chance to pick some big wins.

Playing Dr. Acula is easy and a whole lot of fun:
1. Roll over the Dr. Acula thumbnail and click the play arrow to load the game.
2. Place your wagers. The minimum wager is 0.09 (for a single payline) and the maximum is 75.00. To place your wager you will need to choose:
a. The number of coins to bet. You can decrease or increase the coin size by clicking the ‘-‘ or ‘+’ buttons respectively.
b. The number of paylines to bet on.
You can also bet the maximum amount by clicking the Bet Max button. You also have the option of playing in Autoplay mode by clicking the Auto button and picking the number of spins you want to play in this mode.
3. After placing your wagers click the Spin button to spin the reels. Once the reels stop the positions of the various symbols across the reels determine if you have won, and how much.

One thing that stands out about Dr. Acula is that there are no special bonus rounds or free games or any such feature to help you win extra. And yet, with a little help from Lady Luck you can win quite a bit.

This symbol is also the jackpot symbol – landing 3 of them across the reels gives you the maximum payout of 1000 coins.

Playing Dr. Acula teaches you a very important lesson – you don’t necessarily need to have a jackpot feature in a game to win big, always. Wins come from the regular features as well, and you can also win a decent payout by just hitting the regular wins frequently.

For that important lesson itself this is a game we would gladly recommend that our players try out. There are of course other factors that work in its favor – the cool looks, the ease of play, the possibility of frequent wins, and the overall quality that we know Rival Gaming has delivered every time.