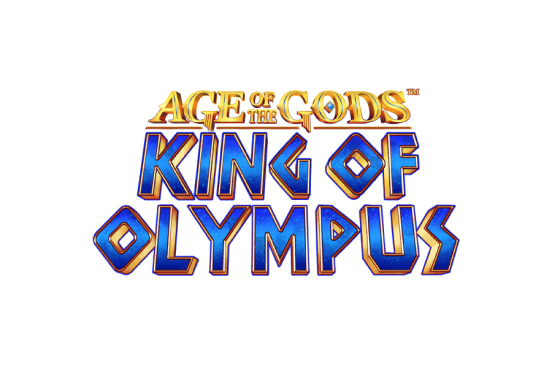 AGE OF THE GODS KING OF OLYMPUS SLOT SUMMARY

It feels a bit odd to come back to this entry in the Age of the Gods series after so long. King of Olympus was the first release Playtech had for the series, and after exploring how they improved things, it feels a bit barren compared to the many sequels that followed along. Still, you can’t argue that it doesn’t have the basics of what would come to define the popular games. The visual polish is still there, the special feature is simple but can bring a lot of cash if you get lucky, and wins you can score during normal gameplay are high to make up for the lack of bonuses. And of course, we wouldn’t want to forget the four progressive jackpots and the fun theme based on Greek mythology.

PLAY AGE OF THE GODS KING OF OLYMPUS FOR FREE (NO DOWNLOAD & NO DEPOSIT NEEDED!)

Play Age of the Gods: King Of Olympus slot game for free, right here on our website (No Download Necessary & No Deposit Needed). Increase or decrease your bet and change the number of lines. When you’re ready, hit the “Spin Button”. Enjoy!

Age of the Gods: King of Olympus has 25 fixed paylines, and as such, you can only adjust your wager. That doesn’t really limit the amount of money you can throw around, however. Your minimum bet is R2.5, while the largest wager you can set goes all the way up to R25,000, so you can tell Playtech had high rollers as a priority more so than more casual audiences with this slot. We were quite impressed to find the prizes you can score during normal gameplay to be rather decent in this release, especially since later on these were phased out for the most part. Still, odds are the largest moneymakers will be the four progressive jackpots and the single bonus. While it was the first in the series, and we are willing to forgive it for that, we can’t remove the presence of the other games in the series. With just one special feature, we have to deduct –some- points here.

It naturally begs the question if the special feature is good enough. Age of the Gods: King of Olympus certainly strives to make it as impressive as it can. It requires at least three or more Scatters to activate the bonus, and it is a bit annoying that it doesn’t reward extra spins for more Scatters, especially if it is the only feature they do offer. From there, you are awarded ten free rounds. You start with a x2 multiplier, and it increases every two turns up to x6. All your wins are multiplied with the multiplier that was active when their turn started, and are then added up into a single reward to grant to the player. On top of this, the Zeus Wild will appear in the middle and stay there for the entire duration of the special feature, and additional Wilds can appear. It does feel awesome when Zeus throws a lightning bolt at the multiplier to increase it, and it can get you pumper, especially if the wins keep pouring in.

Despite this, the Playtech release can still struggle slightly during this. While the presence of a Wild in the middle usually solves the problem of not having any wins, those wins are by no means guaranteed. Maybe it was a serious sprout of bad luck, but we had times where three to four of our free turns were spent with no win, which can leave a sour taste in your mouth. We usually don’t pick on bonuses this hard, but if you only have one, you better back it up properly to make sure your players are satisfied.

Maybe we were a little too hard on the King of Olympus, but it can be difficult to go back to it after being spoiled by the rest of the fantastic slots in the Age of the Gods series, even more so because they are so similar. The art style, the polish, the fantastic rush when wins start pouring in, it shows that there was thought put into the systems that made it a great series rather than a fluke. But it just makes the faults all the more sour, the lack of additional special features and a higher focus on the high rollers over both sides of the market. When we sum the whole thing up, it still holds up as a great game. But when we compare it to the rest of the series, it just fails to live up to expectations. Does that mean you shouldn’t play it? Not at all, so long as you keep in mind it probably might have a few faults that were ironed out in later releases. Our rating: 88/100