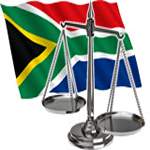 While the South African government is still debating the introduction of regulated online gambling in the country, the European Commission has thought up a new restriction that may affect the Continent's flourishing online gambling industry. According to Reuters, the EC is considering a move that will demand all countries to display warning messages about the 'health risks' of online gambling, similar to the type of warnings found on cigarette packets and alcohol.

Reuters, which reported that it had seen a draft of the new demand, said that the European Union is seeking to gain greater control over the industry, worth over $14.3 billion (R143 billion). Other recommendations made include a series of advertisements that will aim to tackle compulsive gambling. The draft shows that while countries won't be forced by law to display health warnings on internet gambling advertisements, they will be urged to do so.

South Africa still has a long way to go before it catches up to the numbers published regarding Europe's online gambling industry. The European Union says that this is the fastest growing service activity in the region and has a growth rate of 15%.

Online gambling companies, many which have operations in South Africa as well, will be asked to include the odds of winning and losing in the particular game such as slots, blackjack and roulette, as well as information that could help gamblers recognize if they were developing compulsive gambling habits.

Cora Bailey said that nothing has changed in South Africa's reality in the past three years that should cause a change in the government's stance against greyhound racing, and therefore called for the language in the National Gambling Norms and Standards bill to be changed to keep dog gambling out.

The European Union has also suggested that online gambling operators ban the sponsoring of events which are aimed at minors.

It stands to reason that when South Africa formulates its own online gambling laws, it will look at other countries and jurisdictions for ideas and models. At present, the National Gambling Board is responsible for the oversight of the regulation of gambling in South Africa. The Board's mission is to "lead the regulation of the gambling industry in South Africa in the fulfillment of the National Gambling Act, 2004 (Act No. 7 of 2004) through an effectively regulated and supervised gambling industry that upholds domestic, continental and internationally recognized standards of compliance."

This entry was posted by on Monday, 07 July 2014 00:00 in blog Blog subscribe
Leave a reply
You are not allowed to leave a reply!