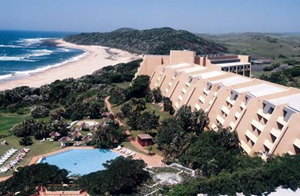 In 1996, the community lodged a complaint with the post-apartheid government, claiming that they were forcibly removed from their land to make way for the casino resort. They lost their livelihood as livestock farmers and fisherman. Hotel magnate, Sol Kerzner had negotiated a deal with the Transkei homeland government to lease the land for the Wild Coast resort, and the Homeland Prime Minister, George Matanzima was tried for accepting a R2 million bribe from Kerzner. He eventually served one year out of a nine year sentence.

The claimants reached an agreement with Sun International this week, that the land off which the Umgungundlovu families were forced will be restored to their ownership by the end of November this year. Sun International will rent the land for R4 million a year, with rent prices climbing 6% annually. The community will also have a 28.4% shareholding in the resort.

According to human rights lawyer, Richard Spoor, who represented the Umgungundlovu, “the community will enjoy preferential employment and procurement opportunities with the Wild Coast Sun, and that Sun International has agreed to donate R1 million to be shared between the 117 households this Christmas.”

He said that this was what could be achieved if land claim communities were completely represented and government and business “came to the party.”

In the meantime, Sun International expressed its satisfaction with the deal and said that it was glad that it had finally been signed.

Thabo Mosololi, the group’s COO, said that the deal was the first of its kind in that the community would partner with Sun International to share its successes.

"This is a ground-breaking deal in that it not only addresses the initial land claim, but it also creates ongoing shared value for the community,” he said. “The state and Mgungundlovu community together with their advisers are applauded for their efforts in getting this over the line.

This entry was posted by on Tuesday, 06 November 2018 07:13 in blog Blog subscribe
Leave a reply
You are not allowed to leave a reply!