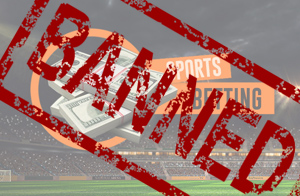 During a church service in Rugarama Hill, the Minister of State for Finane, David Bahati announced the president’s directives. “We have received a directive from President Museveni to stop licensing sports betting, gaming and gambling companies,” said Bahati. “The President has now directed the board which has been regulating them. From now onwards, no new companies are going to be licensed. Those which are already registered, no renewal of licenses when they expire.”

The president expressed his dissatisfaction with the sports betting industry, saying that it diverted young people in Uganda from working hard for a living.

The new order has thrown Uganda’s gambling industry into a frenzy, considering that it was only in 2017 that the president welcomed SportPesa’s entrance into the market, calling it a boost to the economy. At the time, Museveni praised SportPesa for helping the government “empower the youth through football and increase revenue by strictly regulating betting.”

Other big sports betting companies such as BetLion and Victor Chandler also operate in the Ugandan market.

Other African markets are watching these developments in Uganda, with some sports betting companies expressing their concern that other governments will follow suit.

Kenya’s The Standard published an op-ed entitled “Should Kenya Follow Uganda in Banning Betting Activities?”, praising the Ugandan government for its move.

“I propose that all the East African Community member states come together through the regional parliament and ensure that we put to an end to sport betting and other gambling activities,” wrote former MP, KisosChemaswet. “The region should not let the lives of the people who are in their most productive ages be determined by betting machines.”

This entry was posted by on Monday, 28 January 2019 11:51 in blog Blog subscribe
Leave a reply
You are not allowed to leave a reply!