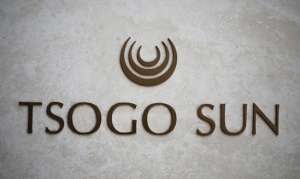 For the second time, the South African casino and hospitality group, Tsogo Sun, has won an African Excellence Award. The award was won for Tsogo Sun’s festive season video, #CelebrateWonderful that was released on social media. The heart-warming, tearjerker video sent out a clear message – that nobody is alone with Tsogo Sun. It especially highlighted those South Africans who had to work over the holiday season, or those that weren’t near their loved ones.

“This video was designed to reflect our vision to create great experiences for our guests, whether they are travelling for leisure or business, whether it’s a regular working day or a special holiday,” said Noeleen Bruton, the director of marketing for Tsogo Sun. “We wanted to reflect empathy with the fact that many people have to work through the festive season, and our creative teams came up with a heart-warming narrative that everyone could relate to. It was an opportunity to positively impact the morale and mood of staff and guests at the hotels.”

The African Excellence Awards recognize any group or entity for their outstanding achievements in the field of communication across Africa. The awards fall under the global umbrella Excellence Awards that are implemented not just in Africa, but in other regions such as North America, Europa and Latin America.

The general manager of communications for Tsogo Sun, Priya Naidoo, said that social media and greeting cards were the main driver to gain traction for the campaign, while YouTube, Facebook and Twitter cards were also used. Naidoo said that internal communications and in-room entertainment were used to communicate the #CelebrateWonderful video.

The forecast for the South African economy is not very bright at present, with analysts expecting growth to be at its slowest since the recession 2009. Nevertheless, Tsogo Sun Holdings continues the “The overall response was overwhelming,” said Naidoo. “The goal was to achieve 500,000 video views and in total, the campaign generated 1,995,446 ad impressions and 505,048 video views.”

The Tsogo Sun #CelebrateWonderful video can be viewed here: https://youtu.be/280BB7OTWTA

This entry was posted by on Friday, 28 July 2017 08:06 in blog Blog subscribe
Leave a reply
You are not allowed to leave a reply!