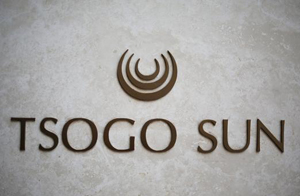 Tsogo Sun which is the biggest casino and hotel operator in South Africa recently announced that it had entered into an agreement with Hospitality Property Fund (HPF) to dispose seven casino and hotel properties. The contract is for a shares and subscription deal that is estimated to be around R23 billion.Shares for Tsogo Sun responded positively to the sale and increased by 1.31 percent.

Tsogo Sun will still have control over these 7 casino and hotel properties as the casino giant is expected to have an 87 percent stake in HPF once the deal is finalized. The company confirmed that the reason for the sale was in line with its strategic plans to diversify its portfolio and create three separate entities. The three divisions are broken down into: hotel management, property and gaming.

A statement released by the company said “The board anticipates that the separation of Tsogo Sun into these three focused divisions – and separate listed entities – will unlock value and provide greater investment choice for Tsogo Sun shareholders. On conclusion of the transaction, Hospitality is expected to own investment properties with a total fair market value of about R36bn.”

PSG Capital has been retained as an independent firm that will oversee the deal and provide consulting advice. PSG Capital is currently reviewing the transaction and will then come up with a list of recommendations which will then be shared amongst shareholders along with the views of the board of directors. The initial feedback from the board of directors was positive but they will once again make a final recommendation after reviewing the feedback from PSG.

Jacques Booysen, the CEO for Tsogo Sun had earlier stated that the company had major plans to expand its presence across Africa. These plans include developing a a Southern Sun Hotel in Ghana and a Garden Court in Zambia.

This entry was posted by on Wednesday, 11 July 2018 10:56 in blog Blog subscribe
Leave a reply
You are not allowed to leave a reply!