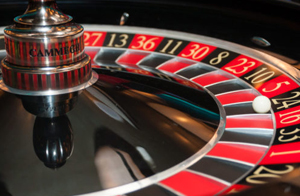 A winner of over R1 million in casino rewards had his money stolen out of his safe in his home. The victim’s domestic worker was eventually arrested for the theft, but not all the money has been recovered. Along with the money, the police also found a firearm and jewelry at the worker’s home. The latest theft strengthens the argument that online gambling may be a better choice for South Africans since withdrawals are much safer and payouts are made right into the winner’s bank account, credit card or ewallet. The moral of the story is that if South African gamblers win while playing at land-based casinos, they should make sure that their money isn’t lying around the house, even if it is in a safe.

The story began when an unidentified resident of Umhlatuzana won a significant amount of money while playing roulette at Tsogo Sun’s Suncoast Casino.

“I won much cash around Valentine’s Day and locked it in my safe at home,” he said. “I had more than R1 million kept in the safe.”

To celebrate his windfall, the winner decided to take his family overseas and visited an office to apply for visas with everyone.

According to the police, the domestic worker, 34 year old Nobukhosi Phakathi was at home with other employees when she allegedly broke into the safe and stole the money and other valuables.

The police spokesperson said that the winner received a call from one of the other employees, telling him that another employee (Phakathi) had taken some possessions and left. The police finally tracked her down to her home in Eshowe and she was placed under arrest. She appeared in the Chatsworth Magistrate’s Court this week on theft charges. Only R720,000 of the amount has been recovered so far.

The casino winner has since had to shoot down rumors that the cash came from other sources, after questions were raised about why he had so much cash lying around his home.

“I won the money playing roulette at Suncoast and I have documentation from the casino to prove that,” he stated.

Suncoast Casino is considered Durban’s premier casino destination. Last year, the casino unveiled a R1.6 billion face-lift and attracts visitors from all over the country.

This entry was posted by on Thursday, 07 March 2019 10:04 in blog Blog subscribe
Leave a reply
You are not allowed to leave a reply!