Sun's Pretoria Casino on the Way After Last Objection Withdrawn 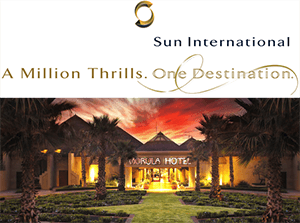 South Africans know Sun International as one of the biggest and best casino and resort operators in the country, and across Africa. The company, created and owned by Sol Kerzner, not only runs Sun City in the North West province, but also a range of hotels and casinos in places such as Nigeria, Swaziland, and even Chile. But South Africa has been blessed with 17 of Sun's properties.

Sun's history began way back in 1969, when Kerznerjoint forces with South African Breweries, to create Southern Sun Hotel Company. Sun International's development continued when, in the apartheid South Africa of 1983, Southern Sun decided to split its hotel interests. Kerzner was charged with managing all the casino hotels that fell in regions defined as 'independent homelands', with Southern Sun retaining a 20% share. They also maintained management of all other casino hotels owned by the partnership.

With the end of apartheid in the early '90s, Southern Sun began to compete with Kerzner's Sun International and sold its 20% holdings to Kerzner in 2000.

Sun International operates in 8 countries and is now set to move one of its casino licenses to Pretoria from Mabopane.

Looking for other land bassed casinos available in South Africa? Find the best casino resorts in South Africa including a full review, the casinos contact details and google map. Click here to check the full list of land based casinos

Morula Sun Hotel and Casino was built in the 1980's and is currently located in Mabopane, in the North West corner of Gauteng province. The casino has been losing money in the past decade, as it is not as conveniently located as other Sun properties in Gauteng. Pretoria on the other hand is not too far from Johannesburg and is bound to attract a much larger clientele.

But moving the well-known casino has proved to be more difficult than one may anticipate. The final obstacle to the move came in the form of objections by the Goldrush Group, a bingo operator with licenses all around South Africa. The group originally was part of a group of companies that rejected the idea of Sun International moving their license over to Pretoria. In fact, it was the last group to drop its objections.

It seems that the sweetener that brought the protest to a close was Goldrush being able to move one of their bingo licenses to Morula once Sun International has vacated for Pretoria. Interestingly, one of the other companies that put up a fight against the casino giant was bought out by them in order to quell their protests.

Now that Sun has a clear road ahead to building their new casino and transferring Morula's license, they have declared that they plan to have the casino up and running by September 2017. The project will cost around R3 billion (US$224 million).

This entry was posted by on Monday, 21 September 2015 00:00 in blog Blog subscribe
Leave a reply
You are not allowed to leave a reply!