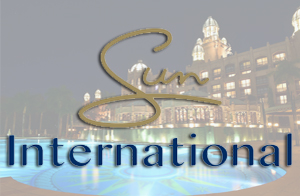 In a bid to cut costs and take some pressure off its debt commitments, the South African gambling and hospitality group, Sun International announced that it would be closing some of its loss-making operations. These include several casinos in South Africa, as well as locations in South America to where it expanded in recent years.

On Monday, Sun International said that it would be closing the Fish River Sun, as well as the 66th floor casino at the Ocean Sun Casino in Panama and the Sun Nao Casino in Columbia. The group will also be shutting the International VIP Businesses in South Africa and Panama.

The chief executive officer of Sun International, Anthony Leeming said: “In the case of the Fish River Sun, we’ve had it for a long time and since the casino licence was taken away quite a while back and that was moved to the Boardwalk, we’ve been subsidising the Fish to the extent of R20 to R25 million. Given the current environment we could no longer afford to do so and made the decision to close.”

But it’s not all bad news for Sun International. The group said that it intends to restructure the Boardwalk casino and hotel in Port Elizabeth and will address the performance of the Carousel casino in South Africa’s North West province.

“Closing loss-making entities will have a positive impact, as will the interventions we’ve put in place at the Ocean Sun Casino, the Boardwalk and the Carouse,” said Leeming. “We are anticipating much-improved performances from these operations.”

Sun International recently announced a drop in full year adjusted earnings. Some of its interests in South Africa and overseas have fallen significantly short of expectations, and the group is wary to put increasing pressure on its debt. By closing loss-making casinos, the company hopes to raise R1.5 billion.

Sun International hopes that the election of the new President Cyril Ramaphosa will have a positive impact on South Africa’s economy and consumer spending. While the group doesn’t expect to see immediate results, it hopes that political changes “should have a positive effect in the medium term.”

This entry was posted by on Tuesday, 20 March 2018 12:46 in blog Blog subscribe
Leave a reply
You are not allowed to leave a reply!