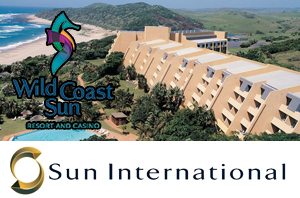 The South African based gambling and hospitality giant, Sun International, announced that it has reached an agreement with the Mgungundlovu Community (MC) over a land claim dispute in the Wild Coast. The dispute, involving the location of the Wild Coast Sun near Port Edward, has been ongoing for 18 years, including three years of procedures in the Land Claims Court.

The dispute involved Sun International's claims that it was given a 25 year lease by the former Transkei government in 1978 to construct the hotel and casino. This was later extended to a 50 year lease, according to court papers. The Mgungundlovu Community, in argument, claimed that their rights to the land predated any agreement put in place between the government and Sun International.

Sun International was demanding R1.2 billion from the government in compensation.

Moneyweb lined up the main points of the compensation deal that was reached between the interest parties, made up of the Minister of Rural Development and Land Reform, The South African Government, TransSun (Transkei Sun International Limited) and Sun International, as follows:

• "The 50-year lease will be replaced by a new lease that will run to 2034. In 2029 either party may give five years' notice to the other party. • There will be a profit share between TransSun and the claimants. The latter will also have a say in the running of the business through their representative who will be appointed to TransSun's board. • The claimants will support TransSun's efforts to obtain a casino licence in perpetuity. Provision is made in the agreement in case the casino licence is not renewed. • They agreed to preserve the sense of space, "look and feel" and the tourism value of the resort. • TransSun would have unfettered discretion to manage the resort in the best interests of all the parties."

Another important clause of the settlement agreement is that the government needs to pay R50 million to the claimants,ie. the Mgungundlovu Community. The money, which needs to be paid within eight weeks, amounts to nearly R100,000 per household of claimants.

Further, it was stated that the settlement deal was to be made an order of court, and that all sides would settle their own legal fees.

Overlooking the Indian Ocean, the Wild Coast Sun resort is set on 750 hectares of natural bush. Several years ago, the casino underwent a major refurbishment and is considered a popular destination for locals and international visitors alike.

This entry was posted by on Friday, 28 November 2014 00:00 in blog Blog subscribe
Leave a reply
You are not allowed to leave a reply!