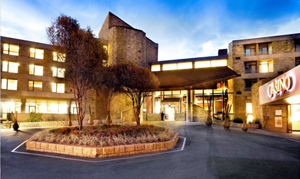 Good news for South Africans who enjoy travelling to the Mountain Kingdom. Sun International, the country’s leading casino and hospitality group, announced that it has concrete plans to upgrade two of its properties in Lesotho, namely the Maseru Sun and the Lesotho Sun hotel and casino resorts.

Sun International entered into an agreement with the Lesotho government and the Lesotho National Development Corporation (LNDC) last week to go ahead with the refurbishments of the two casinos.

The director of gaming operations at Sun International, Garth Collins, said that the new investment would do much to promote the tourism and leisure industry in Lesotho.

According to Collins, both complexes are among the top hotels in the kingdom. “Their contribution to the development of the kingdom’s tourism industry has been significant over the years,” he said.

More and more people from around the world are coming to Lesotho and the kingdom continues to draw travelers. As such, the market needs to keep ahead with these changes and have enough rooms to accommodate visitors.

Collins continued: “The heads of agreement signed today [Wednesday of last week], which makes provision for a new management agreement, a 20-year lease and 10 year casino exclusivity period, gives us the security of tenure to proceed with the required new investment.”

The Lesotho Sun, located in Maseru, is open every day of the week and boasts a casino, a hotel with over 260 rooms, restaurants and bars. The casino offers patrons the chance to enjoy 121 gaming machines, as well as table and poker games with maximum bets of up to R5,000.

Restaurants in the complex include the Hotsoma Hunting Man’s Bar, the Leifo Bar and Fireplace Lounge, the Letamong Pool Bar, the Nala Café and the Ying Tao Grill. The resort is located just 10 km from Maseru airport and is an excellent convention complex or location to vacation.

This entry was posted by on Monday, 11 September 2017 08:22 in blog Blog subscribe
Leave a reply
You are not allowed to leave a reply!