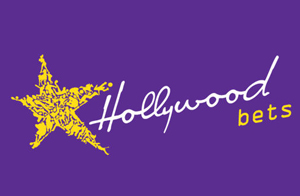 This is the first sponsorship deal of its kind in the South African horseracing industry. Other types of sports, of course, have signed sponsorship agreements with gambling companies and bookmakers.

Hollywoodbets first entered the South African sports betting industry in 2009, when it opened up a short distance from Greyville Racecourse in Durban. In the last decade, the bookie has made substantial progress in South Africa, and now employs nearly 5,400 people. Hollywoodbetsis considered one of the country’s most successful bookmakers, offering odds on many markets (such as soccer, horse racing and more).

Speaking through its spokesman, Devin Heffer, Hollywoodbets said that it was proud of the contribution that it has made to South African horse racing over the years.

Hollywoodbets is hoping that its new partnership with Gold Circle will encourage other bookies and gambling companies to follow their lead by sponsoring horseracing in South Africa.

The Vodacom Durban July is one of South Africa’s most famous horseraces. Its prestige extends much further than Durban and is considered one of the biggest racing events in Africa. This year the 123rd annual race will take place on Saturday, July 6th. There will be nine feature races on the 12-event programme.

This entry was posted by on Monday, 01 July 2019 10:32 in blog Blog subscribe
Leave a reply
You are not allowed to leave a reply!