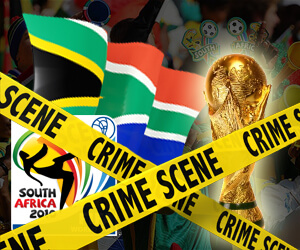 In 2013, FIFA found evidence that match fixing in games that involved the South African team in warm up games leading to the World Cup in 2010. The group said that there was strong cause for concern that referees were responsible for manipulating some of these games on behalf of illegal betting syndicates based on the Asian continent.

In the same year, FIFA agreed to allow the South African authorities to set up an enquiry into the match fixing charges. However, the international body soon grew tired of South Africa's foot dragging and lack of progress in the investigation, and its ethics committee decided to launch their own investigation into the charges.

This week, sports minister Mbalula gave an interview to The Associated Press and said that the delay in the investigation has not damaged South Africa. "It has actually damaged FIFA's image as a very inefficient and very relaxed to allegations of corruption and not dealing with them decisively," said the minister.

"It has affected their image," he reiterated. "So as to rid of that image, they need to deal decisively with this allegation and put it in abeyance."

The minister said that the image that FIFA is a corrupt body "still stands out in the world among ordinary people."

Mbalula was no doubt hinting at the accusations leveled against the FIFA ethics committee which saw its former lead prosecutor, Michael Garcia resign in protest over an investigation into bidding corruption in the World Cup.

The minister said that FIFA needs to complete its report and close the matter regarding alleged match fixing. He said that the local football authority would be putting pressure on FIFA in the coming weeks.

It is alleged that referees, and possibly South African Football Association officials, helped manipulate games for Perumal, a bogus football agency that appointed its own referees for some of the warm up games. South African authorities have admitted that Perumal helped match fixers "infiltrate" the games.

One of the games in particular could most likely be South Africa's win over Guatemala where it led a surprising 5-0 victory and this match has long since been a cause of suspicion.

This entry was posted by on Wednesday, 18 March 2015 00:00 in blog Blog subscribe
Leave a reply
You are not allowed to leave a reply!