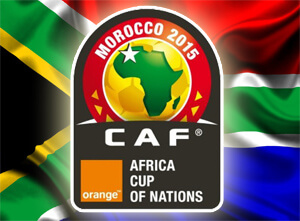 Fears over the spread of the Ebola epidemic could see South Africa hosting the 2015 Africa Cup of Nations football tournament. A number of countries have said that they wanted the tournament postponed because of Ebola, however they would be willing to consider a safer alternative such as South Africa. The hosts of the upcoming tournament, Morocco, have asked to have the tournament postponed and are considering a total pullout from the competition.

The Confederation of African Football has rejected Morocco's demand to postpone the tournament which is set to kick off on January 17th, and plans are already being made for alternative venues.

Some media sources have said that the South African Football Association will be officially asked to host the Afcon 2015 tournament if Morocco pulls out altogether. The head of communications for Safa, Dominic Chimhavi told Sport 24 that "we know that Morocco has requested to withdraw from hosting the tournament due to the deadly Ebola virus. Cad [the Confederation of African Football] just mentioned South Africa as a possible destination, but there are still lots of things to be considered before a final decision can be made."

Click here to check out our sports betting sites

Chimhavi said that Caf is considering South Africa as the country is "always ready to host major sporting events." He said that South Africa has the best infrastructure in the continent, but also indicated that "nothing has been confirmed."

South Africa is not the only alternative nation being considered, as Ghana has also confirmed that Caf officials have been in touch with the necessary authorities.

On Friday, the president of SAFA Dr Danny Jordaan said in a media conference that no decision would be made about hosting the tournament "without consulting with the government." Many have expressed fears that an Ebola pandemic could occur if the tournament goes ahead.

This entry was posted by on Monday, 20 October 2014 00:00 in blog Blog subscribe
Leave a reply
You are not allowed to leave a reply!