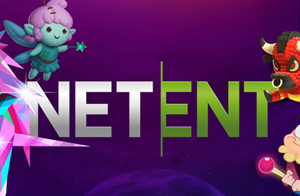 The online casino software group, NetEnt, was pleased to roll out its third quarter numbers, showing that the group is still in top performance this year. The Swedish company, which provides top quality casino games to various South African facing online casinos such as Vegas Hero Casino and Dream Jackpot Casino, saw revenues amounting to R725,000,000. The company’s operating profit grew by 38.3%.

NetEnt showed in its interim report that it signed on nine new customers, while 14 new customers’ casinos were launched using NetEnt software. This is in contrast to the 10 new casinos launched in the same time period last year.

Taking a look at the overall situation of the first nine months of 2018 (January through to September), operating profits grew by 34.6%. In this period, 23 new customer agreements were signed, while 29 new customers’ casinos launched.

NetEnt said that in the third quarter of this year, it launched games with the British Columbia Lottery Corporation in Canada, as well as Norway’s Norsk Tipping. The company launched a beta version of its affiliate business, while the first customer launched in the regulated Lithuanian online gambling market. In the United States, where NetEnt is making good tracks, the company launched games with the Hard Rock Casino in New Jersey.

Therese Hillman, the group CEO for NetEnt said that the third quarter was marked by a strong start, thanks in part to the successful release of the slot game, Jumanji. She said that NetEnt has remained focused on strengthening its customer offering, cutting lead times and freeing up resources for new commercial activities.

Hillman spoke about the release of the beta-version of NetEnt’s own affiliate business, which she said was “to create a place where players can enjoy the complete portfolio of NetEnt games for free, while operators can offer bonuses to players that are interested in playing for real money.”

The company promised to release a significantly higher number of new games in 2019 and going forward.

Hillman said that she is looking forward to the last quarter of 2018, as NetEnt has a full release schedule with five new slot games, including the largest game production of the year, Vikings slot.

This entry was posted by on Monday, 05 November 2018 10:24 in blog Blog subscribe
Leave a reply
You are not allowed to leave a reply!