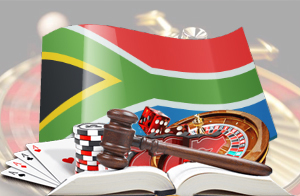 Earlier this year, prominent South African gaming lawyer, Garron Whitesman, came out in a sharp attack against the latest version of the National Gambling Amendment Bill. It was in July that Whitesman called the version “flawed, unrealistic and nonsensical policies”.

Now, however, after a parliamentary hearing, Whitesman is being carefully optimistic that South Africa may have reached a “positive watershed moment” after a “much more realistic and sensible view” was adopted by lawmakers.

The proposed bill that Whitesman slammed back in July featured a number of major changes, including re-positioning the National Gambling Board as South Africa’s gambling regulator. It also included an all-out ban on dog racing and the limiting of bingo licenses and bingo machines. The National Lotteries Commission would take over responsibility for the regulation of wagers on all lotteries – local and foreign.

A turn in events occurred last Wednesday, when Parliament met to discuss the bill. Gambling proponents were left optimistic after both the ANC and the Democratic Alliance expressed criticism of the bills contents.

Garron Whitesman issued a statement regarding his opinion on the latest parliamentary hearing and said: “Whilst it is still very early days in the process, it appears that a positive watershed moment may have been reached in policy as the position overtly adopted by the members of the Portfolio Committee was materially different to that adopted a number of years ago when the issue was previously considered.”

He praised the more realistic and sensible view that seems to have been adopted by the lawmakers who are ultimately responsible for setting South Africa’s gambling policy.

He also praised the “good common sense being applied to the favorability of a regulatory, rather than prohibitory, regime and their level of insight into the issue” expressed by ANC members.

Whitesman said that he was hopeful that this was the beginning of a “meaningful and appropriate change that is long overdue.”

It remains to be seen now whether this positive momentum can be maintained. Whitesman added that “it seems that the tide has changed positively in favor of the creation of an appropriate regulatory regime, but time will tell whether this is indeed the case.”

This entry was posted by on Thursday, 20 September 2018 09:45 in blog Blog subscribe
Leave a reply
You are not allowed to leave a reply!