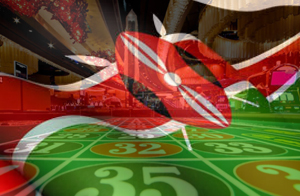 The African gambling market has been shown to be one of the fastest emerging markets on the international stage and is making up a larger percentage of the global worth with each passing year. By 2022, according to the Dublin-based Research and Markets study group, the world gambling market will be worth as much as $635 billion.

One of the country’s driving Africa’s numbers up is Kenya, and analysts are sitting up and paying attention to the factors that make this one of the most popular countries to gamble in on the continent.

Kenya’s youth are among the most active gamblers in Africa and in fact outstrip the numbers of every other country in Africa, including South African gamblers. In a recent GeoPoll survey conducted on youth between the ages of 17 and 35 in South Africa, Nigeria, Uganda, Ghana, Tanzania and Kenya, it was shown that more young people gamble per capita in Kenya than every other country polled.

Sub-Saharan youth enjoy their gambling entertainment immensely, and the numbers show it. The GeoPoll report showed that 76% of all those in the 17 to 35 years category in Kenya had gambled at least once in their lifetime. These numbers were compared to Uganda at 57% and Ghana at 42%. Most Kenyan youth wager at least once a week, and have been known to spend up to $50 (R710) on soccer matches each month.

Interestingly, South Africa stood out when it comes to preferred betting choices for African gamblers. Kenyan youth are soccer-mad, and this is shown in the staggering number that 79% of sports bets played by the 17 – 35 year old category were placed on football matches. In contrast, lotteries are the preferred choice of South Africans.

Kenyans are also King of Mobile, according to the report. When looking at sports bet numbers, an incredible 96% of all gamblers placed wagers using their mobile phones. This is compared to South Africa which, although it has the top mobile device penetration in Africa, only sees 48% of bets made via mobile platforms.

This entry was posted by on Monday, 27 August 2018 11:47 in blog Blog subscribe
Leave a reply
You are not allowed to leave a reply!