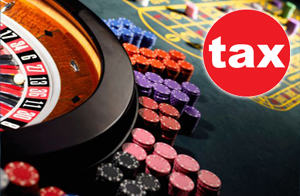 Kenya’s gambling tax is higher than world famous gaming hubs such as Las Vegas, says global consultancy firm PricewaterhouseCoopers (PwC). The African company has the highest betting tax in the entire African region, and its 35% tax rate far exceeds countries such as South Africa (9.6%), Rwanda (13%) and even Uganda, whose 20% rate is considered high.

If one takes a look at countries beyond Africa’s borders, Germany only charges a 5% rate, while Las Vegas, considered the world’s gambling capital and sees economic benefits from this industry, has a low rate of just 6.5%. The rate for the UK is 15% as a conclusive tax for all remote gaming.

Kenya’s government introduced new gambling taxes that went into effect on January 1st. The local media tried to justify this steep rate by claiming that the UK and other European countries such as Belgium, Spain and Denmark had a 50% tax rate and Germany has a 99% rate. This is clearly not true and the media inflated the numbers in order to make Kenya’s tax rate look lower in contrast.

Kenya’s lottery and gambling industry will be hard hit by these new tax rates. Operators will look for ways to cut back on spending or relocate their businesses, which will affect growth in related sectors in the long run.

A partner at PwC, Steve Okello, said: “I feel the tax change that is probably the highest in Africa looks discriminatory, you know one industry is being picked out and heavily charged.”

“We are likely to see lots of cutting back on expenditure if not closures in the industry that will affect overall tax growth,” he predicted.

Kenya’s lottery is particularly affected by the new tax. It will be forced to pay a 35% rate on revenues and a 30% corporate tax – over and above the 25% of sales that it is required by law to donate to local charities.

It won’t only betting companies that will be affected by the new tax. Supporting industries such as media companies, advertising companies and telecom groups will also be negatively impacted.

It is feared that local gambling groups would relocated to offshore tax havens such as Malta or Gibraltar.

“The country will lose revenue in this event,” said Okello.

This entry was posted by on Tuesday, 16 January 2018 06:54 in blog Blog subscribe
Leave a reply
You are not allowed to leave a reply!