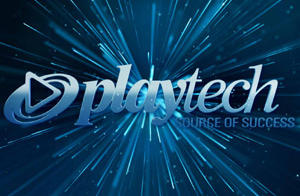 Playtech, one of the leading casino software developers in the world recently announced that it has sold all of its shares in GVC Holdings. Playtech is known for developing popular games such as Robocop, A Night Out, X Men, Rocky and Monty’s Millions. Check out our list of Playtech powered casinos which include Casino.com, Casino Las Vegas and Winner Casino.

Playtech has disposed 19.6 million shares that it held in the Isle of Man based GVC Holdings that has a strong presence in both land based and online casino ventures. That figure was about 3.4% of the FTSE 250-listed company’s total shares.

Playtech Sells All Of Its GVC Shares

Playtech released a stock exchange advisory which said : Following a placing conducted through Goodbody, UBS Limited and Shore Capital, Playtech has sold its entire holding of c.19.6 million ordinary shares in GVC at a price of 1010 pence per ordinary share. Following completion of the Placing, Playtech will no longer hold any interest in GVC's ordinary shares. The proceeds from the Placing will be used for general corporate purposes which may include M&A or to reduce the amount of debt to be raised as part of the acquisition of Snaitech”.

The software developer’s shares in GVC was due to its stake in Ladbrokes Coral which GVC acquired earlier this year. The Placing was completed earlier this week and as of now Playtech no longer has a stake in GVC Holdings.

Playtech Could Be Looking At New Acquisitions

Playtech which generated over €807 million in 2017 is keeping its options open for new mergers and acquisitions. The company bought online slots software provider Eyecon in February for €58.2 million, Playtech also went ahead with the acquisition of technology, customer assets and intellectual property from ACM Group in September and then closed out the year by acquiring gambling analytics provider Bet-Buddy in October.

Playtech which was founded in 1999 has continued to expand its presence with strategic mergers and acquisitions. The Isle of Man based company had confirmed in its annual general meeting in May 2018 that it was open to new deals that would help it become a bigger force in the global gaming industry.

This entry was posted by on Thursday, 14 June 2018 11:08 in blog Blog subscribe
Leave a reply
You are not allowed to leave a reply!