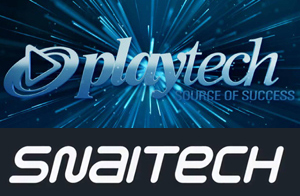 One of the top casino software companies in the business, Playtech, continues to weave lucrative mergers and acquisitions in order to retain its position in a very competitive market. The software group, which powers South African friendly online casinos such as Casino Las Vegas, Winner Casino and Omni Casino, announced this week that it had agreed on a deal to purchase the rival Italian gambling group, Snaitech. Playtech will be paying R12,685,000,000 for the Italian company.

According to Playtech, it already has backing from its shareholders for its bid on Snaitech. Playtech shares were boosted on the London Stock Exchange following the news of its intentions to snap up Snaitech. Share prices climbed more than 6% after it was made public that Playtech will acquire a majority stake of 71%. Once the deal is completed, pending regulatory and shareholder approval, the company will be required to make a takeover offer for all the remaining Snaitech shares.

”The acquisition of Snaitech represents the continuation of our strategy to invest in leading retail brands in fast growing, regulated markets,” said Playtech chief executive Mor Weizer. “Playtech has always been at the forefront of its industry and the acquisition offers the opportunity to create a vertically integrated ‘B2B2C’ operator in Europe’s largest gambling market, delivering significant value to shareholders.”

It was a relatively shaky year for Playtech last year. Although the group announced in February 2018 that 2017 numbers had been in line with expectations, its full year growth had slowed compared to previous year numbers. A lot of its earnings had been affected by a crackdown on gambling syndicates in Malaysia, which is one of Playtech’s largest markets in Asia.

As a result of being shut down unexpectedly in unregulated markets, Playtech has decide to increase the proportion of its business in regulated areas around the world. Italy is one such market which had its online gambling industry regulated and legalized in recent years, and the purchase of Snaitech will see Playtech make massive tracks in this European company and in other countries on the Continent

This entry was posted by on Tuesday, 17 April 2018 11:09 in blog Blog subscribe
Leave a reply
You are not allowed to leave a reply!