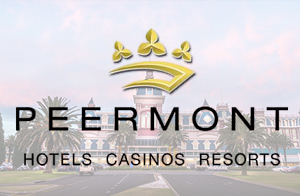 The sad reality in South Africa is that armed robberies are nothing unusual and statistics show that the number of attacks are on the increase in many parts of our land. However, at least one group is doing all it can to make sure that its customers are not affected by crime. Peermont Hotels, Casinos and Resorts, which operates 13 successful casinos on the continent, has told a Las Vegas conference that it has taken extraordinary steps to keep customers protected from any planned armed robberies on its premises.

At the annual World Game Protection Conference which took place on the Las Vegas Strip last week, Peermont’s manager for surveillance and corporate security, Greg Harker, explained to participants how the group has faced armed robbers for years, and how Peermont’s ability to prevent and hamper them has improved greatly.

Between the years 2005 and 2010, Peermont Hotels, Casinos and Resorts experienced 10 armed robberies and, as a result, had to request law enforcement intervention. Peermont made the decision to begin investing in its own systems and started the process of adding firearm detection systems, panic buttons, vehicle spikes and perimeter fences on its properties. In addition, cashiers cages were reconfigured, as were the vault setups.

Peermont then took matters a step further by training staff and setting up group text messaging on WattsApp. The rationale behind this was that all employees were then able to receive updates.

The results were astounding, Harker told participants at the 3 day conference. From 2011 to 2016, there were no successful robbery attempts at Peermont properties in South Africa.

While the World Game Protection Conference usually focuses on casino cheaters, this year there was much emphasis on protecting players from armed robbers and even active shooters. This comes in the wake of a number of deadly incidents that took place this year in places such as Chile, the Philippines and of course Las Vegas, when a gunman opened fire on a crowd of concertgoers from his suite at the Mandalay Bay hotel, killing 58 people.

600 security and surveillance pros from all over the world attended the conference, which included an active shooter simulation on the Las Vegas Strip.

This entry was posted by on Tuesday, 20 March 2018 08:30 in blog Blog subscribe
Leave a reply
You are not allowed to leave a reply!