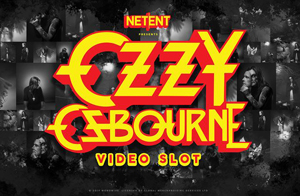 One of the most popular online slots series among South African (and global) players is the NetEnt Rocks collection. The series, offered to the industry by the Swedish-based online casino software provider, consists of titles such as Guns ‘n Roses slot (which won Game of the Year in 2018).

Now, NetEnt has collaborated with one of the biggest rock stars of them all, the iconic Ozzy Obsbourne, to roll out the fourth slot in its rock series. The former lead singer of Black Sabbath lends his name to the title of the new slot game and takes center stage on the reels. Osbourne, who is known in the industry as the Prince of Darkness, features in the game, as does his unforgettable voice. In fact, NetEnt used licensed music from his decades as an international artist to provide a musical backdrop to the new Ozzy Osbourne slot.

“Ozzy is the archetypal rock star, whose name transcends the music industry,” said Bryan Upton, NetEnt’s director of games. “He might be the Prince of Darkness, but he’s had an incredibly colourful career and we are ecstatic to have worked with him for his latest gig. With its great gameplay and exciting theme, Ozzy Osbourne Video Slots will appeal to his fans as well as a wide cross section of slots players.”

So, what can players expect to find on the reels of NetEnt’s latest rock-themed slot?
• A symbol charge-up on re-spins and free spins. Symbol charge-up is activated before each free spin or re-spin to award the following features: wild symbols, symbol upgrade or coin win.
• Bonus bet – when activated, it boosts the player’s odds of winning a number of features. It also adds an extra free spin and increases multipliers on the reels.

Barry Drinkwater, the chairman of Global Merchandising Services, which brokered the deal between NetEnt and Osbourne said: “We’ve been looking forward to Ozzy Osbourne Video Slots going live ever since we signed the partnership with NetEnt and we’re delighted with the result.”

This entry was posted by on Friday, 22 November 2019 11:36 in blog Blog subscribe
Leave a reply
You are not allowed to leave a reply!